END_OF_DOCUMENT_TOKEN_TO_BE_REPLACED

A case of business buglary is being investigated following a robbery at the Converse store in Braamfontein.

END_OF_DOCUMENT_TOKEN_TO_BE_REPLACED 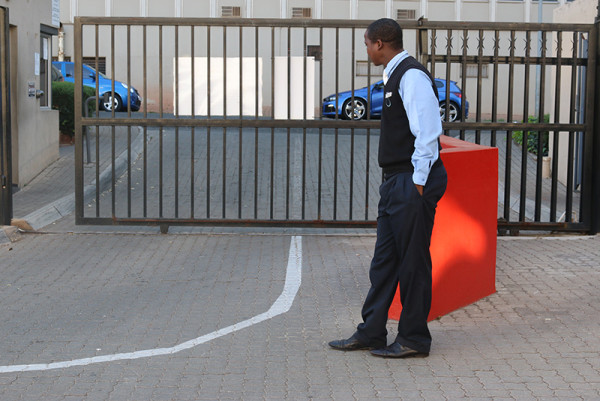 A first year Wits student, who was mugged at gunpoint, was the latest victim in a series of iPhone robberies.

Ryan Deacon (18) was waiting to be picked up after class along Enoch Sontonga avenue when he was approached by a person he described as an Indian man, with a gold tooth in tattered clothing.

The man asked him for money for a homeless shelter, to which Deacon declined and the man left. Seconds later another man approached him, aggressively asking: “Did you see the Indian man?”

Deacon answered “yes”. The second man then forced the student’s hand against his stomach, where Deacon felt the handle of a gun tucked under his belt.

Deacon believes the first man was used to scout for something worth stealing as he was much smaller in stature.

The second man, described as being a coloured male in his early 30’s with no front teeth, instructed Deacon to run in the other direction towards the bridge over the De Villiers Graaff Motorway, otherwise he would shoot. Fearing for his life, Deacon did as told and the man got away with the phone.

Another Witsie reported almost being robbed by someone with a similar description as the Indian man.

Refilwe Molatlhiwa (@Fifi_Mo) tweeted on Wednesday: “A guy with a gold tooth just tried conning me of my phone. On campus. By Chamber of mines. Where is campus control?”

Robert Kemp, head of Campus Control, said three similar mugging incidents have been reported along Enoch Sontonga Avenue from two Wits students and one UJ student. In some incidents a knife was used to threaten students and in others the suspect indicated he had a gun.

“It is probable that the criminals are hiding in the Braamfontein Cemetery or the nearby squatter camp. Students are advised to be alert along Enoch Sontonga avenue and avoid the area if possible,” said Kemp.

A first year student was robbed in her Wits Junction room in the dead of night by a man who made off with her cell phone and laptop last Thursday.

Head of campus control, Rob Kemp, said: “Access to the room was gained either by use of a key or the door was not locked.” He said the victim was taken to report the incident at Hillbrow station of the SA Police Service.

According to the first year’s floor mate, Aphelele Mpunzana, the robber entered the resident’s room at around 3am and strangled her to keep her quiet.

Mpunzana also does not believe a master key was used.

“Everyone in this building heard the banging of the doors,” said Mpunzana. “The guy tried to get into everyone’s room. If [the robber] had a master key he would have opened all the doors and not just hers.”

However, she said the main door to the building was unlocked because some student cards for new residents had not been activated.

Kemp said often students create a “serious breach of their own safety” by pressing the emergency release button in order to access their buildings without swiping cards. This is problematic because the door is left unlocked after the emergency button is pressed until security adjusts it back to normal.

Another resident of Block 7 said their student cards still do not work and they have to call security to open the main door for them. He said it was easier to keep the door open.

Both Mpunzana and  Thabo*, who lives in the next building admitted to pressing the emergency button and using coins and papers to prevent the door from closing.

“I don’t live [in this building] but I just walk in,” said Thabo. “Which means anyone can take a bus from main campus to Junction, come in here and take a shower.”

Mpunzana said she felt security at Junction was “generally good” but that this incident has made her more wary of her safety. “I’m definitely surprised that something like this can happen in what’s supposed to be the best res on campus.”

All rooms in the building were searched by security but none of the stolen items were recovered.

No arrests have been made and the first year has since moved to another building in Wits Junction.

Kemp said investigations into the robbery are ongoing and urged students not to bypass the security system for their own safety.