Keeping up with Bruce Fordyce

“I was always going to go to Wits. I was destined to go to Wits.” These are the words of Bruce Fordyce, the South African running legend. The nine-time Comrades Marathon champion has never forgotten his Wits beginnings.

He says that he had been to Wits a few times before deciding to study there. He particularly remembers the Free People’s Concert he attended in 1971 on the Library Lawns where he remembers fellow Wits legend, Johnny Clegg, performing.

Fordyce studied towards a BA majoring in archaeology and later completed an honours in archaeology in 1979. Afterwards, he became a research assistant and later a research officer in the archaeology department. Fordyce also chaired the committee that built the Origins Centre which opened in 2006.

During his time as a student, he stayed in res even though his home was in Johannesburg because his parents said he should have at “least a couple of years of actual campus life”. A friend in res with him ran the Comrades in 1976 and that, together with the race being shown on TV (which was new in SA), inspired Fordyce to try it.

He joined the Wits marathon club in 1977. He aimed for a silver medal (less than 7hr 30min) in his first Comrades in the same year but finished in 43rd place with a time of 6hr 45min.

Fordyce ran in Wits colours for seven years and says he loved his time at the club. He won the Comrades in 1981, 1982, 1983 and 1984 in Wits colours, and says “There’s nothing better than competing in the gold and blue of Wits.” In total he completed 30 Comrades marathons, winning a record nine races in total between 1981 and 1990, eight of which were in consecutive years. His achievements at the Comrades earned him legend status.

He says the most difficult time he experienced as an athlete was the 1981 race, the first one he won. The then 25-year-old ran wearing a black armband to protest against the 20th anniversary celebrations of the apartheid republic. “I was a target of a lot of abuse, and I had eggs and tomatoes thrown at me. I was a very unpopular winner that year,” he recalls.

Fordyce went on to hold the records for both the Durban start (up) and Pietermaritzburg start (down) runs. He held the down-run record for 21 years from 1986 to 2007 with a time of 5hr 24min 07sec. His best up-run time was 5hr 27min 42sec set in 1988, which stood as the record for 10 years. No Comrades runner has matched Fordyce’s nine wins.

The runner has since become the CEO of Parkrun South Africa which he started in November 2011 at Delta Park, Johannesburg. Parkrun is a five-kilometre free timed run taking place every Saturday that was started in England in 2004. There is a parkrun at Wits that began in 2018, which Fordyce plans to run during the Wits Homecoming weekend celebrations, scheduled for September 2 – 4, 2022.

Fordyce’s message to current Witsies is to “enjoy the experience and get involved in every facet of university life”. To the athletes he says, “Just keep pursuing the dream, but understand it takes time.”

SLICE: Go on, try Parkrun, it will change your life

END_OF_DOCUMENT_TOKEN_TO_BE_REPLACED

“Those who are scared and start slowly have good runs. Those who are too bold often suffer.”–Bruce Fordyce. END_OF_DOCUMENT_TOKEN_TO_BE_REPLACED 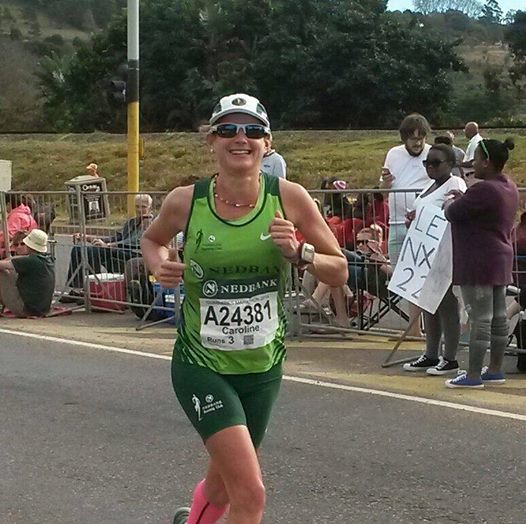 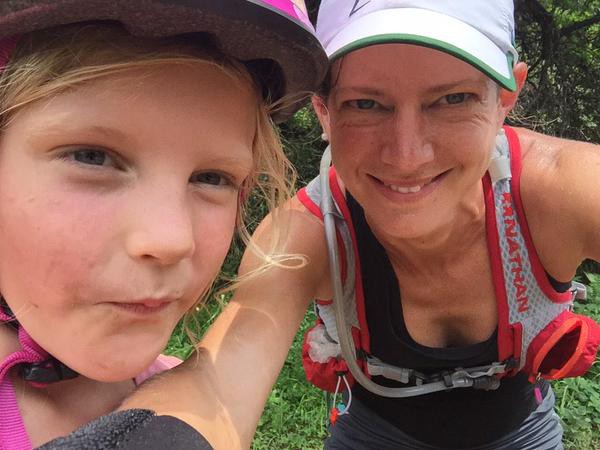 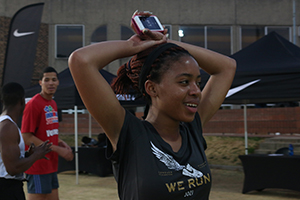 Witsie a favourite to win gold at SA Champs

Witsie David Okharedia is a favourite to win in the South African under-23 (U23) Championships this coming weekend at the Pilditch Stadium in Pretoria.

The Computer Science honours student will be running the 100m and 200m as well as the 4x100m relay.

Okharedia started running when he was in primary school but unfortunately had to stop when he reached high school as the school he attended decided to cancel all athletics. In his second year at Wits, however, he started running again for the Wits Athletics Club and soon realised his natural talent for the sport.

In order for him to take his running to the next level, he had to get a good coach and a very fast training group, Okharedia said.

His coach, Oom Johan, plays a vital role in his life, not only in training, but in keeping him up to date on which competitions to run in.

Former  Wits athletics manager, Onkabetse Matlhaga, also helps in keeping Okharedia well-informed about what’s going on in athletics even though he is not working at the university anymore.

“This, of course, aids me in focusing on my studies,” he said.

After winning the Central Gauteng U23 Championships over 200m and the Senior Championship over 100m, Okharedia would definitely be sitting as a favourite to win gold this weekend.

As big as this race may be, his focus is on the SA Senior Championships, happening in Cape Town from the April 12 to 14.

“This weekend should serve as a good warm-up for next weekend,” he said.

Okharedia confides: “Call it superstition or whatever, but before every race I like to read three bible verses.”

He explains that the way he manages to balance his studies with his sport is that he believes “if you make something a priority in your life, then you will always have time!”

Okharedia said that while he plans on continuing to run in the short-term, his long-term plans in the sport were uncertain.

“Well today I run, tomorrow I run, but as to whether I will be running in the next five years, only time will tell.”