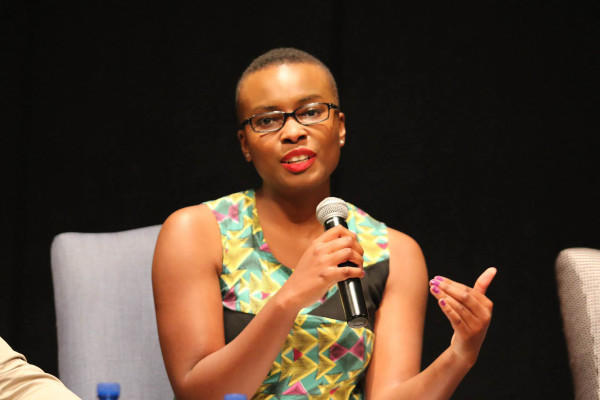 A young visionary from Zimbabwe, Panashe Chigumadzi is the founder and editor of Vanguard Magazine, a platform that aims to speak life to young black women. Chigumadzi is shaping the African women’s narrative one step at a time. The Ruth First fellow recently reflected on the dialogue around the theme: “Race: Lived Experiences and Contemporary Conversations” by exploring the concept of ‘coconuts’ in post-apartheid South Africa.

Vanguard has become a critical voice for many young black women. What was the inspiration behind it?

The inspiration was to not seeing myself represented in media, on the covers, on the mastheads, and on the way stories were told. If they were stories about black women they were often anthropological in the way in which we talk about things, the full nuance was never there. And if you find a black women represented it was either Lupita, Beyoncé or Bonang, so for us it was really to say we want a space where we can celebrate black womanhood in all of its manifestations. So we wanted to have a space where we can have our joy, our tears, fears and our anger everything there in a way where we don’t have to censor, italicise or explain ourselves.

You are part of the Feminist Stokvel. Why is the subject of hair important?

The subject of hair for me is a gateway to a whole range of issues within Black Consciousness, Womanisms and Intersectional Feminism because it speaks to the way which the black female body is ‘humanised/institutionalised’. In the way in which it is meant to conform to a very white supremacist and patriarchal view and the way we have an idea of straight shiny long hair and not hair in the way it grows out of our heads. That’s not just purely a self-esteem issue for black people, it’s specifically because the structures of the South African economy, the fact that we still don’t own spaces that we inhabit. It’s the institutions that we’re in, the schools that are still predominantly white run that will say ‘no Afro’s for example, no dreadlocks, and those are the schools code of conduct.

In the work space where you’ll see some women are forced to have a specific hairstyle because that is what is seen as presentable in those spaces so it’s not specifically I speak about hair, but as a way of making a commentary about just the way blackness is coerced in South Africa because we’re still so very white dominated in many of our institutions and that’s why I don’t like to victim blame and critique people who wear weaves. I am more interested in critiquing the structures that say women cannot have natural hair, that’s a very important part of the discussion that we have to be having, as opposed to having the silly Afro versus weave conversation.

What are some of the issues your radical approach to being a pro-black young woman brought you?

The first thing people say is by being ‘pro-black’ it automatically means being racist and people shy away from that, people will say that being pro-black is anti-white. I’m not interested in trying to make white people feel better about my politics because whiteness is premised on the expense of black people, it is built on the backs of black people and obviously you make a whole lot of people uncomfortable by saying that I want to have a full life as a black person and I don’t want to be apologetic. It makes a lot of people feel uncomfortable.

There are many people that will want to silence you, it’s important to continue to work on creating these spaces that we do. One of the spaces that we support the amazing initiative by ‘The Black Love Sessions’ which is done by an amazing young woman by the name of Sivu Siwisa. They have and event called For Black Girls Only and that’s specifically because they want to have a space where black women can find support and find creative ways to heal and create a movement around themselves but they get a lot of slack because you’re not allowed- in a very white society- to have black only spaces, we’re not allowed to have spaces where we are allowed to speak about our pain outside the gaze of whiteness. And if so people will continue to have problems with that it means that we are doing the right things if people are angry or upset with what we are doing.  It means we are really challenging the structures within- a way it hasn’t been challenged before.

I don’t want to make statements for the continent but what I can say is that there are many amazing African feminists that aren’t celebrated enough and there are so many just beyond individual feminisms, because there are different ways which people express and define their feminisms. But you have a lot of these great movements, for example the African Feminist Forum that is really great and we’ve also got HOLAA Africa, they are a great feminist organisation and. There are so many incredible feminist organisations there but we do not hear nearly enough but definitely there are women who are doing great things whether its writing, activism, sex workers drives, campaigns against female genital mutilation and speak about the experiences of black women.  It’s just a matter of they don’t get enough praise and spotlight they should be getting.

Do you see a danger in the glorification and fetishism of black feminists?

There is a danger in individuals being celebrated. I think it’s important to highlight peoples work because I think people take a lot of risks, it’s difficult to put themselves out there but at the same time I think we have an individualistic culture, that’s also as a result of what we would call Neoliberalism, a sort of economic order. Making it to the top of the corporate ladder by yourself as opposed to speaking about how we create movements.

It is important for us to bring a movement otherwise we can decide that we praise Panashe today and we don’t like what she says we simply put her down but if we have an entire movement it doesn’t stop because of one person, the message continues and I think that’s really important. To create a movement as opposed to a culture of glorifying individuals. We need to find ways of creating a solidarity and that’s why I’m interested in Vanguard as being a space where we can create a movement of black writers and new black voices. We want to develop new voices within this space because there is a culture of wanting to individualise as opposed to creating a movement.

Mainstream media views black women as bodies of subjects of fetishism opposed to white women being paragons of virtue and desire. What are your thoughts about this?

I almost don’t have anything to say because it’s tiring. That is why I am interested in how do we create spaces and reclaim spaces such that we can have agency to create ourselves in our image and see ourselves in our image, that’s where I am.  I just get tired of talking about it because we all know it’s a problem. I am interested in saying how do we create the new spaces and create those new images of black women because we are not a homogeneous body of people, there are so many different sexualities and body types. There are so many different ways of being as black people that’s why we want to create more spaces.

What would you say to young black women who are constantly told they are not enough?

I would want them to know that they are enough, they don’t need to embellish their story, you don’t need all kinds of things to make your story valid or your perspective valid and that’s the important lesson. It’s difficult in an anti-black, anti-woman, anti-poor world where your wounds are constantly needing to be legitimised all the time and constantly being silenced but I think that’s what we are trying to do. We want to let young black women know that they are enough and we are going to fight to create the spaces that are going to continue to affirm you. 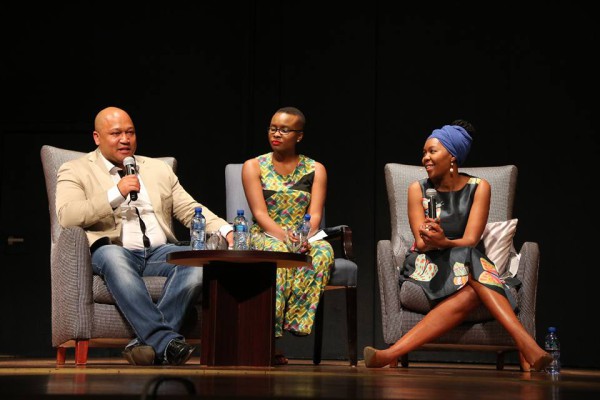