END_OF_DOCUMENT_TOKEN_TO_BE_REPLACED

Earlier this month seven brave sailors from the Wits Yacht Club embarked on an epic sail to Rio, Brazil from Cape Town. Exactly 23 days and 53 minutes later they had reached their destination and managed to be the sixth boat to arrive at their intended destination.

Now that they’re back…

Two weeks after their victory, the crew that was on board the Amtec Wits Aladdin are getting back to their daily routine – which means lectures at Wits for most. Wits Vuvuzela talked to skipper, Bradley Robinson and crew member Alexa Brown, both only 22 years old.

One would imagine that being the only woman on board might have been a daunting experience for meteorologist, Brown but she took  it in her stride. “I’ve known all the guys for a really long time and have three brothers at home, so it’s not unfamiliar for me to be surrounded by testosterone,” she joked. Brown said that she got used to the guys “behaviour” and ignored what she needed to and only participated in conversations she felt comfortable with.

Getting to the finish line required much more time, effort and money than making it safely across. Months of planning and fundraising were needed beforehand to get the campaign going.

[pullquote]“We wanted to give people a reason to donate, that’s why we came up with the R50 a mile concept.”[/pullquote]

Initially the idea to take part in Cape to Rio originated from the four “pioneers” of the team, who later recruited three more members, Brown being one of them. The four were Robinson, coach and manager, Brennan Robinson, trimmer Ricardo de Carvalho and watch captain, Alistair Moodie. The three “newbies” were navigator, Staurt Purchase, bowman, Patrick Chappel and Brown.

“It’s not a cheap campaign, we needed a large budget,” said Brown. The pioneers each contributed a substantial R30 000 each for the campaign and the other crew members R20 000.

Along with this the team had three main sponsors namely, Wits, Amtec Engineering and PPS Insurance. Additionally the crew started a something called “R50 a mile”, whereby they secured donations from ordinary people. “We wanted to give people a reason to donate, that’s why we came up with the R50 a mile concept,” said Brown. She explained that people could donate R50 for one of the estimated 4000 miles they would travel. “We printed all the names of our donators in the Wits emblem on the side of the boat, so in essence they came all the way with us,” said Brown.

“They (the recruited members) knew nothing about sailing when came to Wits. It’s incredible that after just four years later they travelled across the sea,” said skipper Robinson. The training for the race started almost a year ago and happened in an incremental manner, but luckily all members had been sailors for a while and more than half had been sailors or years.

By November of last year most of the crew travelled down to Cape Town and lived on the boat for five weeks in preparation of their journey.  In those five weeks the crew was preparing the boat, cleaning it, checking its safety, fixing it up and so on. The Aladdin was a yacht generously lent to the crew, it is now at sea once again being delivered to its owner.

Along with being placed in sixth place, the crew won the Youth Ocean Sailors Award, which commended them for being the only student boat in the race and recognition for doing so well in the race.

While the crew was at sea they had a “stig” who was taking care of all their social media, to update people who were following their progress, see the journey on their website: witscapetorio2014. 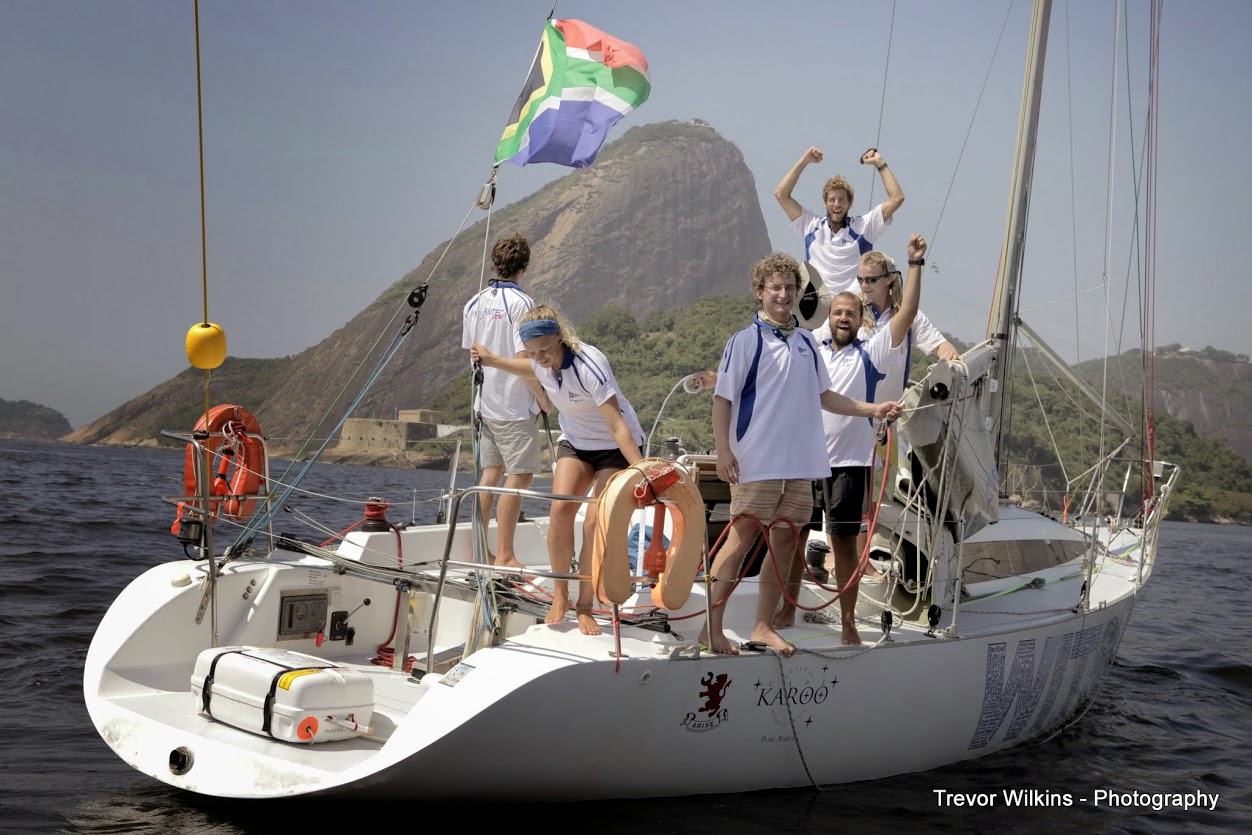