An activist vice chancellor for Wits

THE NEW vice chancellor of Wits, Professor Adam Habib, said Witsies are in for “one hell of a ride” when he officially takes up the university’s top job in June 2013.

Habib was offered the position in December of last year and takes over from Professor Loyiso Nongxa, who is ending a 10-year tenure.

Growing up in Pietermaritzburg, Kwa- Zulu Natal, Habib was imprisoned for his political activism in the labour movement in the 1980s. He said he had not lost his activist roots just because he was now in a nice office in management.

“I see management as part of my activism,” said Habib.

Habib outlined his vital goals as transforming Wits to create critical citizens that are both African and cosmopolitan, achieving cutting-edge research and providing a way out of poverty for the country’s brightest students.

“Those are for me activist goals, they’re not managerial and administrative goals,” said Habib.

Habib is currently the deputy vice-chancellor for research, postgraduate studies and the library at the University of Johannesburg. Often appearing in the media commenting on a range of issues, Habib has become a recognisable face in South Africa.

During the selection process for Wits vice chancellor, Habib became a favourite among the three short-listed candidates with various media predicting his triumph.

Last year the Mail & Guardian reported that a source close to the process said the delegation was leaning towards Habib because the university needed “a new lease on life” and had faith that he could bring change to the university.

Habib emphasised that for change to happen he needs the help of the whole Wits community. He said Wits is a great institution that has the capacity to go world-class but he could not single-handedly make the necessary changes to achieve this goal.

Habib arrives at Wits after numerous showdowns between management, staff and students that culminated in many strikes in the last couple of years. Habib said he was aware of some of the “huge tensions” at Wits. He plans to prioritise meetings in the Wits community so he can get a better understanding of the issues.

Speaking at Wits in November, Habib said he wanted to focus on increasing incentives in order for Wits to retain its staff and to make Wits into an institution that was “global but not foreign”.

Habib emphasised the need for a “university pact” that can encourage “a shared vision and sacrifice but for shared gains”.

The Chairperson of  Wits Council, Sakumzi Macozoma, who also chaired the selection committee, said in a press release: “We believe [Habib] has the capacity, professionalism, and credentials to lead Wits into the future.”

After a three month transitional period that starts in March 2013, Habib will take over formally from Nongxa, who was the university’s first black vice-chancellor, in June 2013.

Nongxa said he believed Habib’s goals were in line with the goals that Wits has outlined in the 2020 vision and that he believes he will be a great leader for the university.

A colleague of Habib’s from UJ, Professor Angina Parekh, said she wished him well and affirmed Habib had an ingrained activism.

Parekh said although Habib had a caring side he  was a “tough debator” and those in discussions with him would have to stand their ground. 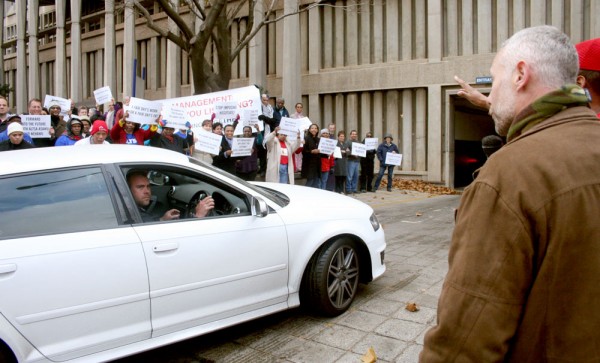 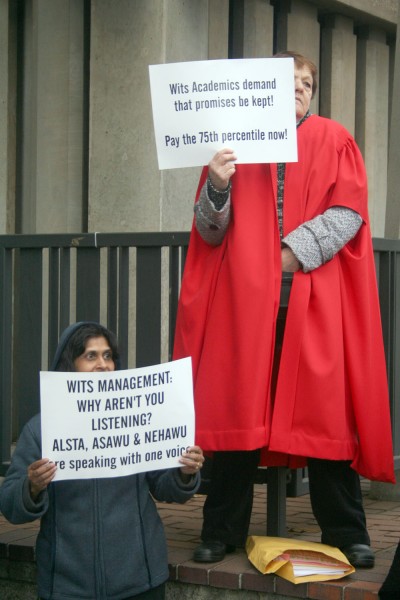