Students question increase in light of the university’s ‘savings’ during the three months of hard lockdown in 2020. END_OF_DOCUMENT_TOKEN_TO_BE_REPLACED

AN INQUIRY into a salary dispute between university unions and the administration has been extended to April 10 and 11 by the deputy vice-chancellor’s office.

The hearings, which started last month, will be held in Central Block on east campus from 9am to 4pm

An external chairperson, advocate Mark Antrobus, has been appointed to conduct the hearings. He will find resolution to the dispute which occurred last August over salary negotiations and research funding.

“As the hearings are only partially complete it would obviously be premature to comment at this stage on the outcome which will only be made available once the hearings have been completed,” said Antrobus

The inquiry will not replace current negotiations between Wits administration and union over a salary increase.

In an email sent out to university staff during the week, Deputy Vice-Chancellor for finance and operations Prof Tawana Kupe said that recent tensions between management and staff arose due to a failure to agree on the 2012 salary increase.

A task team will be established this month to compare Wits’ salaries with that of five other peer institutions. Kupe said “this will serve as a basis for negotiating a three to five year salary settlement”.

Dickinson said Asawu was concerned with the “continued, informal, practice of academic staff being appointed in some parts of the university as salary levels below the agreed salary scales.”

He added that they have called on senior management to address this issue as a matter of urgency.

Adam Habib, incoming vice-chancellor, said the institution needed to pay competitive salaries if the university is to attract and retain excellent teachers and researchers.

“I am fairly optimistic that this issue will be put to rest,” he said.

This enquiry was called upon following the strikes last year on August 2 where lectures, tutorials and laboratory instruction had been suspended for one day.

Asawu has demanded that their salaries be benchmarked to the 75th percentile with the other top five tertiary institutions in South Africa and increased funding for research.

Shortly after the strike, Altsa signed an agreement to change the salary implementation cycle to January-December from July-June. The next increase will be in January 2014. 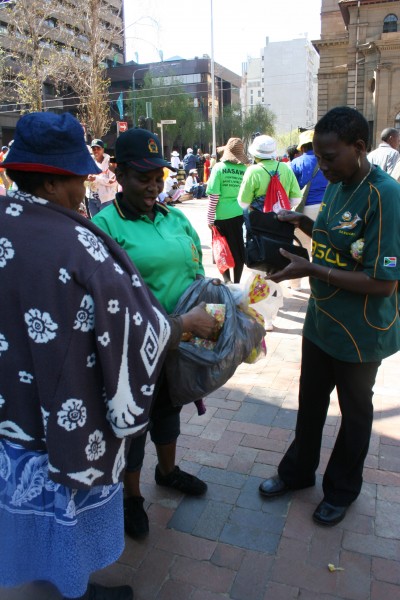