“The South African Students Congress (SASCO) has called on students to return to campus in order to protect their belongings from thugs who are exploiting this period of the pandemic”. END_OF_DOCUMENT_TOKEN_TO_BE_REPLACED

Classes resumed at the University of Johannesburg on Monday, April 20. END_OF_DOCUMENT_TOKEN_TO_BE_REPLACED

END_OF_DOCUMENT_TOKEN_TO_BE_REPLACED

An honest and critical discussion was had at a “The State of the Womxn” discussion.

END_OF_DOCUMENT_TOKEN_TO_BE_REPLACED

The PYA has some very strong words for the Student Governance Office after SRC members were moved to the Once in Joburg hostel in Braamfontein.

The Progressive Youth Alliance (PYA) has declared the Student Governance Office (SGO) an “enemy of the student revolution on campus” following what it claims was the forced removal of members of the Student Representative Council (SRC) from university accommodation on Sunday, January 20.

In a statement released on Twitter, the PYA, which won 12 of the 13 seats in the SRC election last year, condemned what it called just “one of the many ills” committed by the Student Governance Office against the SRC after members of the student body were moved from Medhurst Hall of Residence and Highfield Cluster in Parktown to the Once in Joburg hostel in Braamfontein rather than a different university residence.

SRC treasurer general Keneuwe Fetai told Wits Vuvuzela that they were informed that they would be removed from these university residences on Saturday, January 19, but were under the impression that the SGO would find them accommodation on campus for Orientation Week.

“Because some residence students would be returning this week, we were told that we’d be moved. But Student Governance claims no one on campus wanted to accommodate us. So we were moved to the Once in Joburg hotel in Braamfontein. They told us we were there by circumstance.

“We want to move out as soon as possible. It is putting us in a bad light. We are supposed to help students with their accommodation plight but we are here in a hotel. How does that look?”

“The SRC was not kicked out of the vacation accommodation/residence, but had to vacate to allow the residence personnel to
prepare for the first years and returning students.”

Fetai, a fourth-year BEd student, told Wits Vuvuzela that around 30 members of the SRC members and sub-committees were housed at the Braamfontein hostel but fear that they will be removed soon and will have nowhere to stay. She says that they are disappointed at the lack of assistance from the university.

“If the university supported us they would fight for us. It doesn’t make sense, we are the SRC and we are staying at a hotel.”

Chairperson of the South African Student Congress branch at Wits, Mpendulo Mfeka, said that the removal of the SRC was “counterproductive” as the body needed to be in close proximity to students on campus. He said that the PYA’s statement reflected the souring relationship between the SRC and the SGO.

Mashinini has replied to the statement released by the PYA, saying “The PYA is entitled to its opinion, Student Governance has an amiable and professional relationship with the SRC and does not make decisions unilaterally without consulting the SRC.”

Orientation Week is scheduled to begin in a few days, on Monday, January 28.

FEATURED IMAGE: The Once in Joburg hostel in Braamfontein is currently home to SRC members who were “forcibly” moved from university residences at the weekend. Photo: Tshego Mokgabudi 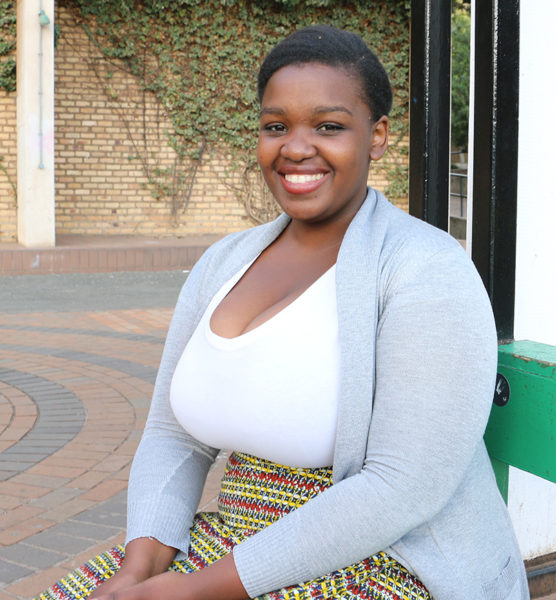 END_OF_DOCUMENT_TOKEN_TO_BE_REPLACED

Afriforum Youth, EFFSC UP (Economic Freedom Fighters Student Command of University of Pretoria)  and SASCO (South African Students Congress) marched at University of Pretoria, demanding that SRC elections be re-held after claiming that the elections have been rigged. However, the university is still investigating and presently the preliminary results still stand.

The protests have been ongoing since DASO, the DA student party won most seats and the position of the president in the elections held two weeks ago. The university is still conducting an investigation and have so far opted for a recount and not yet called for re-election.

The dispute started after SASCO released a statement on Facebook stating that “one of our party agents notified us of a discrepancy at one of the voting stations (IT voting station) in which the votes and the voters roll did not correlate (58 more votes than voters); which is not unusual in this institution- it’s a practice they have enjoyed for too long.”

They also claimed that votes were rigged in favour of the DA, and that some polling station boxes were found unsealed.

This was later accompanied by Twitter and Facebook posts of photos that show the open ballot boxes.

Since the university launched the investigation, the Independent Monitoring Board (IMB) has met with concerned parties for a recount and full audit. Prof. Themba Mosia, vice-principal of student affairs and residences, stated in a media release, “In terms of its constitutional mandate, the IMB has found that a full recount of the SRC election votes must take place in the presence of staff from the Department of Student Affairs (DSA), the Independent Electoral Commission (IEC), candidates or party representatives, and the internal auditor authorised to complete the audit.” Prof. Mosia emphasised that the IMB has not yet made a decision on whether or not the elections were free and fair. 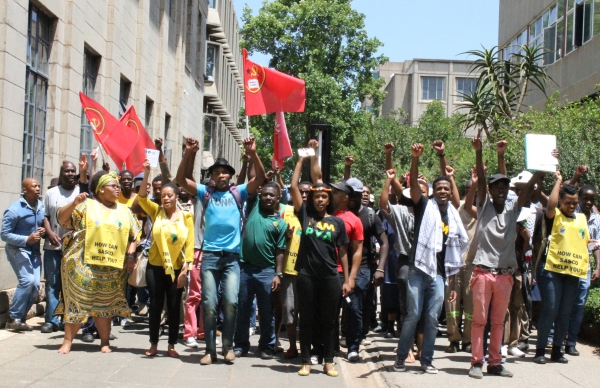 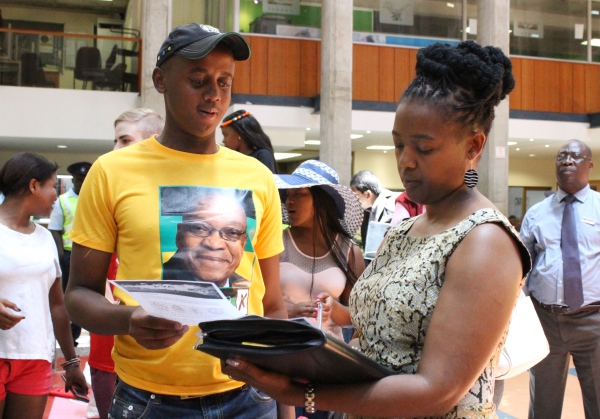 On Monday Wits Vuvuzela journalists, Rofhiwa Madzena and Thabile Manala were invited to an interview by radio DJ 88 Keyez at VOWFM. This following the backlash from various student bodies after an article which was published by the journalists about Mcebo Sisulu who, in the article confessed to lying about his identity.

Following the interview on Monday, Rofhiwa and Franz Kruger, acting Head of Department at Wits Journalism went on VOWFM’s current affairs show Breaking Ground to discuss the issue further with the EFF Wits’  Tokelo Nhlapo. The EFF Wits released an official statement slamming the story which published on Sunday.