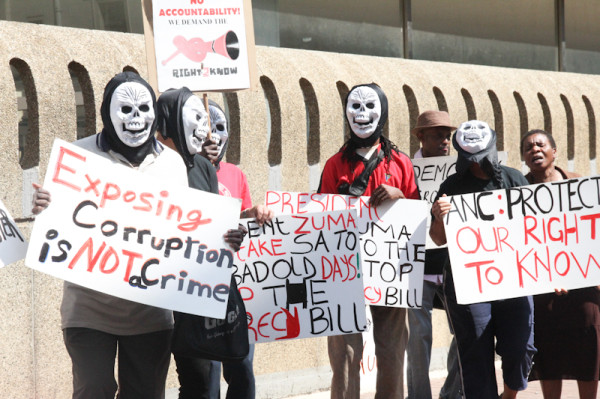 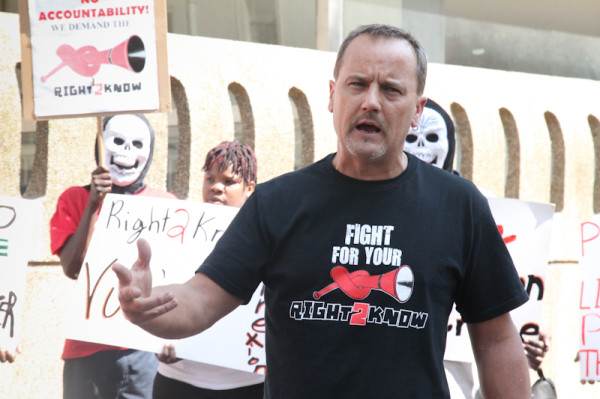 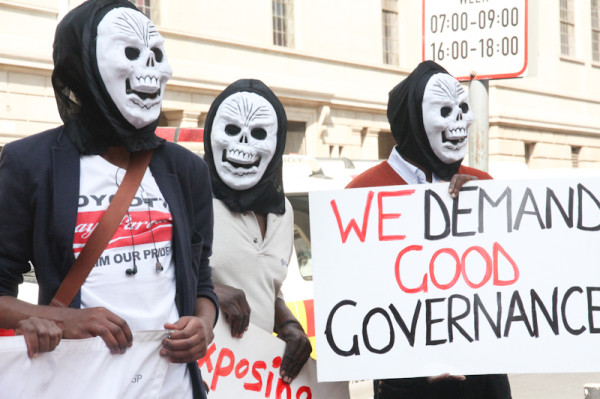 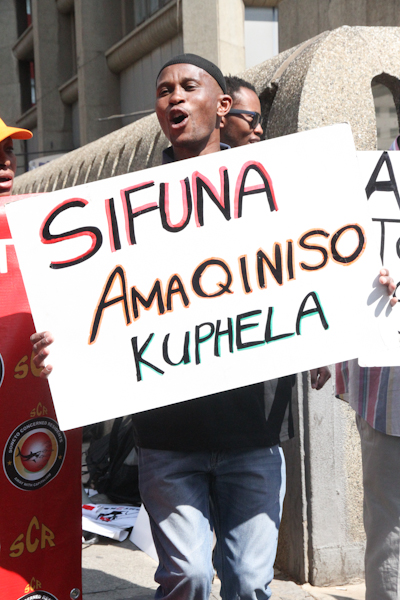 Some of the most influential South African journalists gathered at the Sol Kerzner auditorium at the University of Johannesburg on Saturday, to discuss various topics under the media freedom umbrella. The topics ranged from government propaganda to secrecy laws and beyond.

Inside the belly of the beast

Keynote speaker and host of Faultlines on Al Jazeera, Josh Rushing spoke candidly about being a marine and a journalist.

“I was inside Al Jazeera, inside the military and inside the Bush administration – I had a unique vantage point,” said Rushing.

It was at this point that Rushing helped to start up Al Jazeera English. Rushing explained that Al Jazeera had always been vilified as being the mouthpiece for Al-Qaeda and he resigned so he could speak about what it wasn’t.

Rushing said that the Obama administration is possibly the least transparent and most aggressive towards the media. “When he (Obama) was a senator, he championed media freedom,” lamented Rushing.

He explained that the U.S Espionage Act of 1917 has been used seven times under Obama’s watch. Rushing said that even though President Obama may have good intentions: “All power leads to abuse at some point.”

He touched on data mining and how companies like Apple and Google are colluding with the current administration to store people’s data.

A panel consisting of Nic Dawes, William Bird and Ylva Rodney-Gumede spoke about secrecy laws and how they would possibly affect journalism in South Africa. [pullquote]“People can classify information that should not be classified in the first place”[/pullquote]

Dawes explained that the amendments that had been to the Protection of State Information Bill since its inception were great, but didn’t cure the concerns he had with the bill. But was happy that: “We’ve made freedom of information a broad public debate,” he said.

Bird was less optimistic and bluntly said the bill as it stood was “evil, old apartheid stuff”. He said the fact that people’s travel schedules could be classified was a problem, when someone like President Obama’s schedule is available online for the world to see.

“People can classify information that should not be classified in the first place,” bemoaned Bird.

Mzilikazi wa Afrika said that the bill would be problematic for journalists. He highlighted the contradictory message being sent by government.

“On one hand they have hotlines for people to call in and report corruption and other such crimes and on the other they are saying if you blow the whistle, we will send you to jail,” he said.

Media attorney and moderator of the panel, Dario Milo jokingly said he calls it the “some Secrecy Bill”, after the amendments that have been made. To which Rodney-Gumede replied, “great the SS Bill”.

“Journalism allows people to have oversight over the people they have entrusted with power,” said public protector, advocate Thuli Mandonsela.

She also highlighted the parallels between her office and investigative journalism, namely the investigative aspect and the role they play in strengthening our democracy.

The role of investigative journalism

Adriaan Basson, deputy editor of the City Press said that the success of investigative journalism cannot be measured against prosecutions. “What happens after investigations is not our job,” said Basson.

He went on to list three ways in which investigative journalism could be improved. Firstly, the stories of the victims of corruption need to be told. The impact of corruption needs to be highlighted to empower people. “It’s not about us, it’s about them,” said Basson.

Secondly journalists need to experiment with new technologies and data journalism to make their stories appeal to people. Lastly, “Get off twitter and get into the Corolla,” said Basson.

Mzilikazi wa Afrika of the Sunday Times agreed with Basson and explained how he had found two of his award winning stories by way of not sitting behind his desk waiting for news.

Piet Rampedi of The Star said that threats and intimidation from the top are the price you pay “if you dare to do investigative journalism”.

Justice Malala, host of The Justice Factor on eNCA spoke about the media “falling” for government propaganda and government spin doctors. [pullquote align=”right”] “For four years we ran after the theatrics of politics and ignored the important things,”[/pullquote]

Malala spoke out against the way the media is easily distracted and gave the example of Julius Malema. “For four years we ran after the theatrics of politics and ignored the important things,” he said.

He expressed the need for journalists and the media to start talking about institutions as opposed to speaking about isolated incidents, incidents that people often forget about. “We forget sometimes, I also forget and go with the noise,” added Malala.

Senior researcher at Wits Journalism and panelist, Glenda Daniels disagreed with Malala and said that the media doesn’t just fall for spin and that there is a lot of continuity in media stories, giving the example of the Gupta scandal.

Academics this week backed the university’s opposition of the Protection of State Information Bill and its threat to academic freedom.

The university issued a statement backing Higher Education South Africa (HESA) urging the National Council of Provinces to reject the bill in its current form.

HESA noted much opposition has centred on the implications for the media.

The secrecy bill, as it is commonly known, was approved by the National Assembly in November last year.

The bill is still to be be debated before the National Council of Provinces.

It will announce its decision in April. If approved by the NCOP, the Bill will be passed into law.

“As the HESA statement rightly points out, the secrecy bill could also introduce very troubling constraints on academic freedom. It could discourage academics and students from researching certain issues of governance, policy making, service delivery and more.”

“It could close the door on research into corruption. The bill takes away the power of academia to act as another watchdog on political power.”

HESA said academics could face imprisonment for dealing with classified information even if that information is in the public interest.

“This will inevitably have a chilling effect on academic freedom,” the statement says.

One of the specific examples HESA uses is research in the field of law, which details how the bill would make research into court proceedings and critiques of court judgments “impossible”.

Prof Natania Locke of the Wits School of Law said the bill would make research in the field problematic:

“As an academic, all aspects of our daily working lives depend on the ability to speak our minds freely and to critically enquire into the fields that directly concern our disciplines,” said Locke.

“It is what we do, especially as legal academics.” According to Janeske Botes, an associate lecturer and PhD student in media studies,”academics will be affected as their research interests could clash with the bill.

“So crucial academic research which can have important ramifications on civil society will be blocked.”

“The media will not be able to inform the public of this, so we see a cycle of information suppression developing,” said Botes.

The HESA statement concludes with an acknowledgement that there is “information that should be kept secret to protect national security” but stresses that the bill, as it stands, will restrict the process of knowledge generation and place academic freedoms in jeopardy.