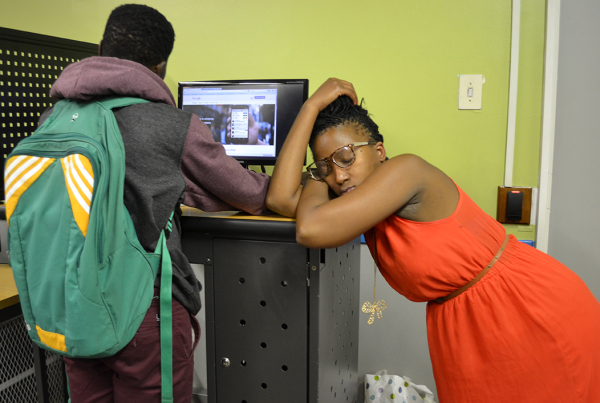 The hours of darkness spent in study areas 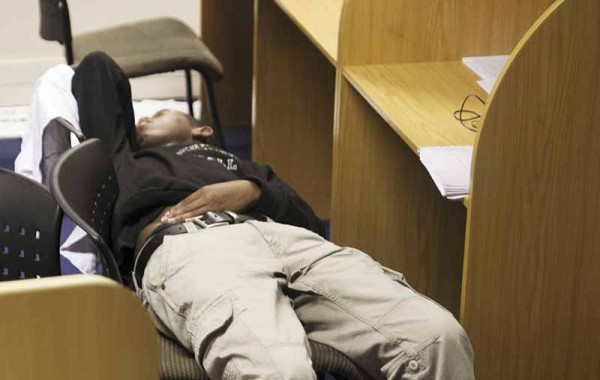 While the university administration defends its right to renovate its Savernake residence, for millions of rands, students continue sleeping in the libraries as winter rapidly approaches.

The ongoing problem of students sleeping in libraries has not been resolved yet even though the news has recently been in the mainstream media.

Meanwhile the students are playing musical chairs ducking and diving from security.

When Wits Vuvuzela camped out in Wartenweiler library last week till 9pm to see if students can hide out in the library, we found that students can dodge security and sleep under desks and in toilets till the next morning. A security guard, who chose to be anonymous, verified this.

The Wartenweiler library closes at 9pm and only the 24-hour section is open.

Prof Tawana Kupe, Deputy Vice Chancellor for finance and operations said students could not sleep or stay in the library after it has closed because the library is fully alarmed. Kupe said he had not received any reports of wrongdoing in the library.

President of the SRC, Sibulele Mgudlwa, said he had seen students sleeping in Wartenweiler, Commerce, Law and Management (CLM) 24-hour section, CLM FNB, Wits Science Stadium and at CNS. Mgudlwa said, “Everyone is aware of this problem and no one is willing to assist in resolving it”.

SRC seeks to identify people sleeping in libraries and direct them to the assistant Dean of CLM, Pam Townsend and the University Registrar or the Dean of Students, Prem Coopoo.

The SRC said it did not have funds to help students with accommodation.

A 2nd year LLB, Craig Gumbo who has witnessed sleeping students in libraries said, “A white student used to sleep in the printing room every night. He used the same clothes and carried washing powder with him”.

In a media briefing held to address the issue of Savernake, contrasted to the problem of homeless students, among other issues, Adam Habib, incoming Vice Chancellor said, “These two issues need to be addressed separately” and “it is unfortunate to put the two together.”

“We will try our utmost best to identify, intervene and assist these students.”

Kupe said in a newsletter: “In this budget, Wits will spend about R65-million from its own coffers on financial aid and scholarships (up from R59 million in 2012), in addition to administering over R162 million in National Student Financial Aid Scheme funding and other bursaries and scholarships.”

The university administration did not give any concrete ideas about how it would solve the problem of the homeless students.