END_OF_DOCUMENT_TOKEN_TO_BE_REPLACED

Tables of silver ice buckets filled with the finest top-shelf liquor: Bottles of Armand de Brignac Ace of Spades, Louis Roederer Cristal and Veuve Clicquot are standard features at the best clubs and trendiest hang-out spots, but they are for snaps only – then they’re all getting sent back.   END_OF_DOCUMENT_TOKEN_TO_BE_REPLACED

WhatsApp to stop working for some

END_OF_DOCUMENT_TOKEN_TO_BE_REPLACED

Twitter accounts against gender-based violence tread a thin line between crime and the law.

END_OF_DOCUMENT_TOKEN_TO_BE_REPLACED

The social media factor in electioneering

A big change in political campaigning has emerged in South Africa since last national elections through the use of various social media sites.

END_OF_DOCUMENT_TOKEN_TO_BE_REPLACED

SLICE OF LIFE: Social media has taken over my life 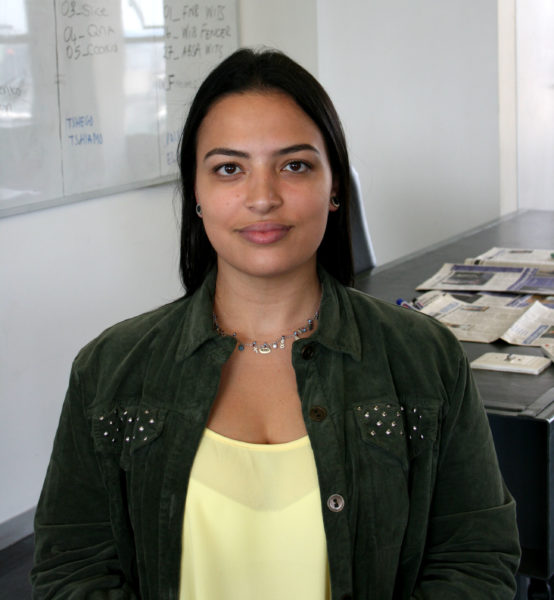 Social media continues its pursuit to take over my daily life. I am probably a better photojournalist on Instagram than most professionals and I have developed better investigative skills than the FBI.

I have come to a realisation that my activity on social media is far greater than the average joe. Or is it?

I constantly ask myself what life would be like without the various social media accounts that I have, and if the time and effort I put into each of them is actually worth it.

Posting pictures on Instagram used to be a daily activity until it became more like a full-time job. It takes me a good couple of hours to decide which photo I should put up on Instagram. I question every single thing about the photo.  Should it be in black and white? Would it look better if it had a filter that makes me look tanned? Does this photo match the scheme of my profile feed? I also struggle to find the perfect caption. Should it be funny, philosophical or even relate to my picture at all? I have spent countless hours scrolling through Pinterest trying to find a decent caption that fits my picture and then I just end up using an emoticon anyway. The amount of effort I put into posting one picture makes me wonder about the precious time I have just wasted.

It’s a bit of a catch-22 really. A world without social media would not allow me to do the small things in life that I enjoy. Facebook lets me check up on friends who I haven’t seen since high school. I can watch my cousins grow up in America without missing out on their milestones.

My mornings usually begin with checking my cellphone and spending endless time checking my social media accounts. The process starts with WhatsApp, then I switch over to Facebook to check whose birthday it is (I would never remember otherwise). Then I have to catch up on what’s happening on Snapchat stories and liking pictures on Instagram. I watch people skydive in Dubai and think of all the activities I could be doing if I left my bed.

I finish off this ritual with a good scroll through Twitter, trying to find out the latest news in hopes that I will pass the week’s current news pop quiz. When I’ve completed all these chores, I finally feel ready to get out of bed.

As a student journalist, social media has become essential in my life. Twitter helps me stay tapped into up-to-the-minute news. I also share stories I have produced on there. Not everyone reads newspapers anymore and without social media, I’m not too sure how people find my stories.

Social media has truly become so rooted in my life that even my decisions are dictated by the things I see on Apps on my phone. Zomato decides where I want to go out for dinner. If I need to contact someone for a story, I tweet them.

At the end of the day, I’ve come to terms with my social media dependency. My relationship with my phone is not an abnormality, I actually think it’s become the norm in my generation.

If I had one rand for every time I looked at my social media accounts, I would be a millionaire.

Wits University is taking a stricter approach to students and staff “abusive” behaviour on social media.

END_OF_DOCUMENT_TOKEN_TO_BE_REPLACED

I recently deactivated and deleted all my social media accounts. The idea struck me on my drive home to the Eastern Cape for December holidays late last year. I drove down the Smithfield/Rouxville/Aliwal North route. Those who’ve gone down that part of the world will agree that there exists an abundance of land and sky and clean air, a welcome reprieve from the corrosive claustrophobia of the city.

A closer look at those large swathes of land along the N6 reveals barbed fences behind which spacious pastoral homesteads, concealed by clumps of trees, form the core building units from which the fulcrum of small towns like Aliwal North spreads out like a spider’s web.

Mud and corrugated iron townships dart the rims of this web, supplying farms and farm owners with black bodies to command and possess. Wikipedia says Aliwal North was named in tribute to Sir Harry Smith who was the governor of the Cape Colony when he established the town in 1849. According to the same Wiki entry he named the town “Aliwal” in memory of his victory over the Sikhs at the Battle of Aliwal during the First Sikh War in India in 1846. The entry doesn’t mention whether there were people already living in the area when Smith made it his own. Our so-called South African history is a compendium of subtractions and erasures. Our own collective amnesia further compounded by urgency of the politics of now.

This sudden realisation – sudden for I’d been preoccupied with Donald Trump and whatever else passes for a punchline on my social media timeliness – made me think, seriously, about what I choose to subtract from my everyday experience of the world. At that moment I was either going to instagram Umtali Inn (where I spent the evening) or I was going to google it and discover that it was more than 60 years old.

That in its colourful history people of my skin colour weren’t allowed to shack up in its tastelessly decorated rooms that still reeked of 80s apartheid aesthetic. My companion and I went for a swim in the unlit pool that evening and watched the stars stare back at our scantily privileged black bodies enjoying the exclusive decadence of apartheid in this small town where white men still call a black man ‘boy’.

In my bag I’d packed Paul Beatty’s The Sellout. It was sheer coincidence. In the book the narrator, Bonbon, re-instates segregation in a fictional Los Angeles town of Dickens. And here we were in this softly segregated town, no more segregated than the suburbs from the townships in the city. I wondered if there is much difference between class segregation and other institutional segregations. My thoughts recalled that old Orwellian metaphor about some animals being more equal than others.

I imagined there are books that make sense of post-colonies in current global capitalism and culture. I began to suspect that in these books I’d probably make sense of my place in the current form of the world. A world I have helped create whether by choice, by force, or by necessity. Later, I deactivated Instagram and its carefully curated scenes of happy, interesting lives. I thought of Aliwal North and relics like Rouxville and pondered how they performed non-racial, non-sexist post-apartheid democracy. And so, instead of looking for another world calamity or gossip on Twitter during the holidays I spent time at home reading Mahmood Mamdani’s Citizen and Subject and argued politics with my uncle over beers. The internet is bloated with free e-books and essays and lectures and good journalism. I’ve been downloading, borrowing from the library and jacking free music online. At times when I’m in the library reading a novel or a short story or a play (Parentheses of Blood by Sony Labou Tansi is worth a look) I wonder what I have been doing with my life these past 3 years.