The Solomon Mahlangu building at Wits University has been shut down after an altercation took place between Wits campus security and Wits EFF members. END_OF_DOCUMENT_TOKEN_TO_BE_REPLACED

STUDENTS GATHERED at the Senate House concourse on Tuesday afternoon to witness the unveiling of Solomon Mahlangu House’s plaque but were surprised to find a no show.   END_OF_DOCUMENT_TOKEN_TO_BE_REPLACED

END_OF_DOCUMENT_TOKEN_TO_BE_REPLACED 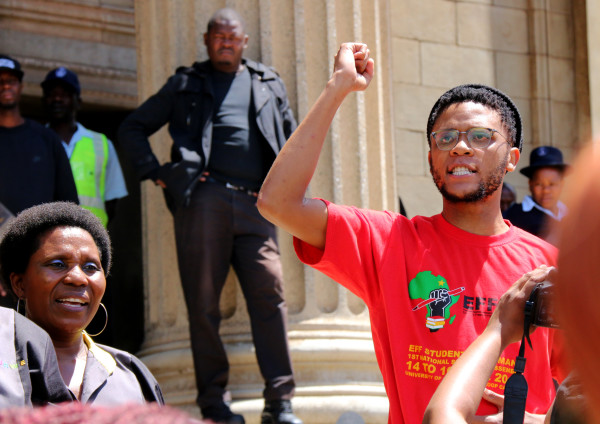