The country’s attitude impacted on literacy and the ability to develop an African consciousness, he said. He was giving a lecture which he named “Green in the salad of my judgement”, a nod to Shakespeare. The reference was used to introduce Farah’s experiences growing up in Somalia, and being exiled for writing novels about his homeland.

Farah spoke of the “grotesque caricature” the media had made of Somalia, and how important it was to remember “there is still love” and humanity in Somalia. He emphasised the need to portray Somalis as equal to all humans, and therefore understand that “they deserve the same justice”.

Farah’s eloquent anecdotes from his childhood and time in exile demonstrated how much Somalia’s oral tradition had influenced his story telling.

Farah has been praised for his portrayal of female consciousness in his novels and has, in the past, said women could provide strong leadership in his war-torn country.  Questioned on this during the panel discussion that followed his lecture, he said: “Women are never the initiators of war in history… However they lose very much. They know very well the consequences of war.”

Farah encouraged young Africans to produce their own cultural knowledge by reading in their native language, highlighting the removal of one’s original self when experiencing the world through a foreign language.

After the lecture, Maimuna AY Darir, a Somali student at the African Leadership Academy, told Vuvuzela:  “It is interesting to me because there are not a lot of Somali writers out there telling this story in a non-fictional way… It’s really motivating for young Somali writers to actually believe they can do something better for themselves.”

The panel, which included Farah and Wits academics Prof James Ogude, Prof Véronique Tadjo and Dr John Masterson, discussed themes of post-colonial alienation, the role of women in the leadership of Somalia and representations of Somalia in the media. 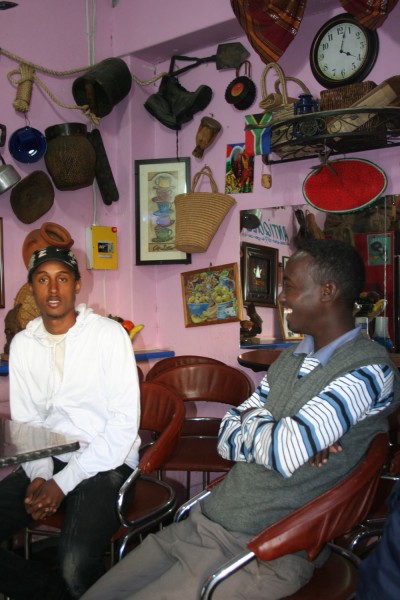 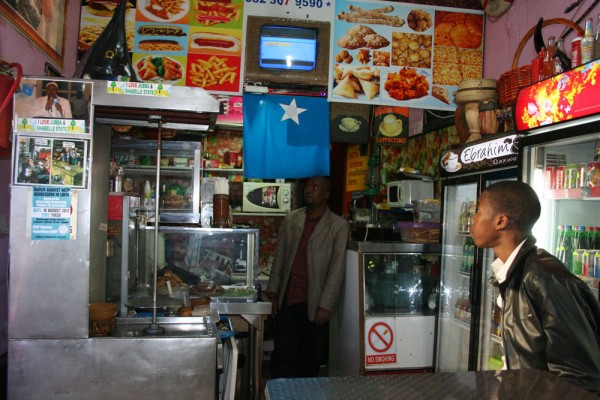 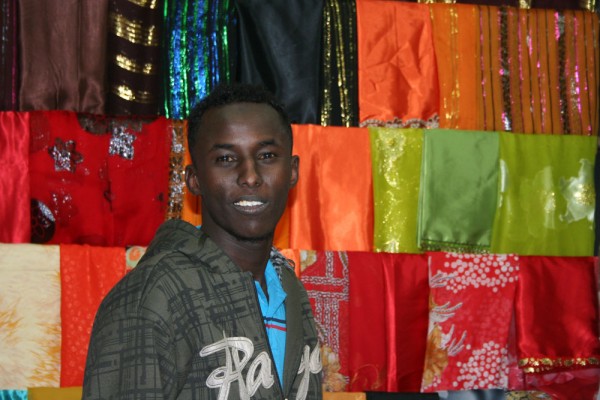 THE Wits SRC has begun a campaign to provide assistance to the crisis in Somalia.

Fighting famine is a priority not only for the United Nations but also for the Wits SRC, as millions of Somali people face starvation.

A UN agency held an emergency meeting on Monday night to discuss ways to counteract famine in Somalia but Wits has also begun to take action.

SRC fundraising officer Wandile Sishange explains a campaign which they have initiated to assist the needy country:

“It’s based on a mission statement ‘we have to have an African perspective on the things we do’.

“What happens in Somalia affects the continent.[We must ask] what can the Wits community do to assist the situation?”

Last week, the UN confirmed that two regions in southern Somalia are in a state of famine. UN secretary general, Ban Ki-moon, is asking for a donation of about $1-billion to aid the affected people.

Sishange explains how the SRC also plans to raise funds for the people of Somalia, who are currently seeking refuge on the other side of their border in Kenya. “[We are ]trying to appeal to those who can assist, from government to the private sector to students. Even if only 10 000 of the 28 000 students contribute R10 each [that’s something]. We really hope students in the Wits community will unite in doing this.”

Sishange also hopes to create awareness of the situation; he says he has been following the events in Somalia since he was in grade 8, when a man named Peter Hammond came to speak at his school.

Somalia has had no central government running the country since a civil war began in 1991.

“There has been political instability and there is no government in place, so after food and medicine are provided they also need political stability to sustain [themselves],” says Sishange.

“The people of Somalia should be able to find solutions for their own problems, all we can do is facilitate”.

The SRC is calling for students to contact them if they are willing to be a part of their committee to raise funds and possibly be sent there to help out.