The students sang and danced for the cash prizes.
END_OF_DOCUMENT_TOKEN_TO_BE_REPLACED 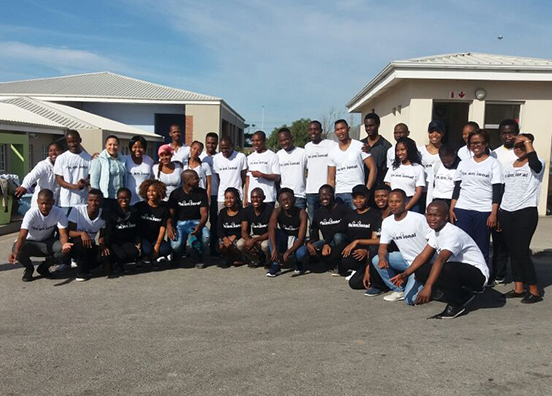 MEMBERS OF the Wits Seventh Day Adventist Student Movement (SDASM) choir, also known as “Mighty SDASM”, are this year celebrating their seventh birthday and in so doing wish for people to know their name.

It’s been seven years since the Wits gospel choir was established. Choir master Gilbert Matlhoko says he is proud of how far the choir has come but would like to expand its reach and have people become familiar with the choir.

“People know we’re from Wits, but they don’t know who we are,” he said.

According to alto singer Hazel Moyo people sometimes confuse them with the official Wits choir because of the uncertainty. There are many things, however, that set the Mighty SDASM apart.

Choir member Londiwe Ngema explained that the purpose, as well as the song style, of the choir makes them different because their goal is to spread the word of God and inspire hope through song.

Mighty SDASM includes 60 committed members. Moyo added that the choir’s membership is open to anybody and is not based on talent because the choir does not compete.

“Even if at first you can’t sing, with time you learn,” she said.

The choir is known for their video, singing the original version of Nkosi sikelel’iAfrika. The recording currently sits on 58 791 views on YouTube. Matlhoko said that the choir sang the song in May 2016 at Wits where the video recorded.

“The intention was not to decolonise the anthem, the song rendition was a tribute to the seven ZCC students who lost their lives in a fatal crash last year,” he said. The song then resonated with the #FeesMustFall movement later in the same year.

According to bass singer McMinn Segalo, singing the original version of the national anthem was a stepping stone for the choir and opened doors for them.

The choir sang at former SRC President Sibulele Mgudlwa’s memorial service. “This extended our reach because previously we only sang in the vicinity of the church,” said bass singer Richard Links.

Though the choir has a good number of members, the choir still faces financial challenges. Ngema explained the choir travels to other provinces at least once a year to do mission work and perform free concerts. Links said members of the choir pay from their own pockets which is not always easy.

In order to raise funds and celebrate their seventh anniversary the choir will be performing at The Great Hall on Saturday evening. “The money will assist us with a CD we plan to record and will cover other expenses such as travel in the future,” said Links.

In the future, Matlhoko would also like the choir to alternate with the official Wits Choir and sing at ceremonies for the university.