The Economic Freedom Fighters (EFF) have issued a statement calling on Wits to recognise the EFF as an official student society on campus, called the “EFF Student Command”.

This is in response to the Wits EFF staging a sit-in in the office of the vice chancellor, Professor Adam Habib over the past two days, to demand their registration.

EFF Student  Command at Wits has been in a  struggle for recognition since its launch last year in August 2013. To be a formal student organisation allows it to function freely in campus in terms of venue bookings and access to other facilities. To this end, more than 500 students are signed up members of the EFF Student Command and many more want to be members.

It must be read as a suppression of the freedom of association and expression for the university to disallow the EFF Student Command to exist. The gates of the University of the Witwatersrand must be open to EFF because as an organisation, it is the number one choice for the people.

EFF further calls on Professor Adam Habib, the Vice Chancellor, to speedily give right of recognition to the EFF Student Command. Habib must also appreciate the spirit of robust democratic determination of the student fighters who in defiance of the decision to disallow their existence engage in non-violent protest. Threatening them with disciplinary charges is in itself a suppression a democratic right to protest and to defy unjust rules and decisions.

EFF must exist at Wits, students want it and it belongs to the students.” 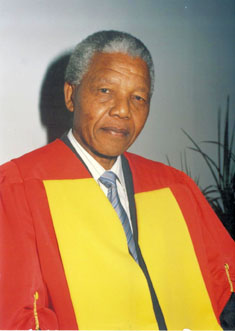