100 percent increase or nothing 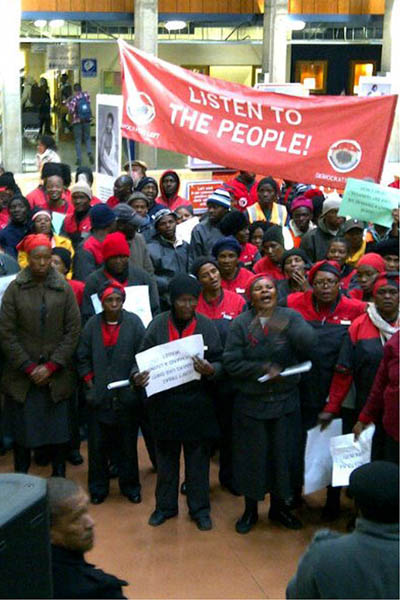 Wits cleaners will go on strike on Monday, demanding a 100% salary increase while employers are offering 8%.

Cleaners from Supercare and Carovone said they are “fighting for a living wage” of R 4 300. They said they have not received an increase since they went on strike in 2006 when they negotiated salaries of R2 031, before deductions are made.

Cleaner representative, Siyabonga Makhalani, said they are not happy with the 8%  employers are offering them. “We do not want percentages,” he said.

Makhalani said they are also fighting against outsourced workers as other universities, like the University of Johannesburg, employ cleaners directly.

Carovone worker, Julia Mahlosi, said: “I get about R1 800 and I am so overworked”. She said she is responsible for cleaning all the rooms on one floor of a residence building.

Cleaners said they are suffering as their salaries do not cover their expenses. Supercare worker Alina Modimolla said with six kids she cannot afford to stop working. “My child complains all the time about the low pay.”

Speaking last Friday at a meeting of the cleaners and the Workers Solidarity Committee, PYA member Feziwe Ndwayana said: “As the ANC Youth League we are here and saying to all the workers we are in full support of the strike and will be there in numbers.  If it means we as students must mobilise at night we will do it because we’ve done it before.” 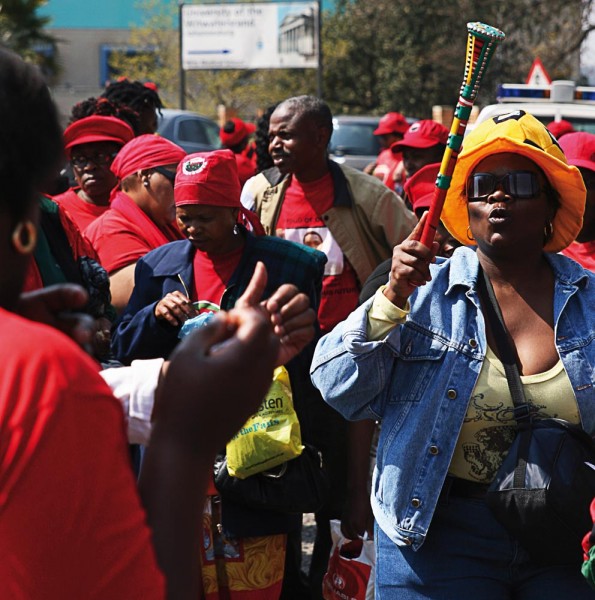