The SRC has agreed to review the decision to refuse recognition to Project W but the new organisation is already complaining the process is a “fruitless” exercise.

Project W’s Jamie Mighti complained that the process, which began with a meeting on Wednesday, will be unlikely to reverse the initial decision, made by the Progressive Youth Alliance-led SRC.
Earlier this month, Wits Vuvuzela reported that Project W and Wits Economic Freedom Fighters (EFF) had been refused official recognition as clubs and societies by the SRC. Both organisations said their exclusion was politically motivated.

The review
The decision to exclude them is now being reviewed by the SRC.Dean of Students Pamela Dube told Wits Vuvuzela the SRC had “committed themselves to providing an opportunity for the relevant CSO’s[clubs and societies] to present themselves following the dissatisfaction with the outcome of the Initial process,” she said.

But Project W SRC member Jamie Mighti, claimed the process will be a “fruitless”exercise because SRC clubs and societies officer Sarah Mokwebo declared at the Wednesday meeting about appeal process that “I’ve already made my rulings and I’m going to stand by them” “So what is the point of having a review, if you are not going to review and if you are not actually going to follow the letter of the rules,”Mighti said.

Mokwebo told Wits Vuvuzela that she could not respond to allegations made against her since it was an “internal matter”. She referred questions to SRC president Shafee Verachia and SRC secretary Michlene Mongae. Verachia said he was in meetings and could not comment. Mongae did not reply to requests for comment.

Even if Project W is refused recognition, they may still have a reprieve Dube said the final endorsement of the SRC’s decision on clubs and societies would come from her office with some input from the vice-chancellor’s office.
Wits EFF member Tokelo Nhlapo said they were not aware of the review process and would not participate in it since they were not invited to by the SRC. Instead, they would be appeal directly to the dean of students.

[pullquote align=”right”]“We were told that if we didn’t reach quorum, we would just make recommendations to the SRC, but how can we make a recommendation to ourselves?”[/pullquote]

Project W SRC member Jabulile Mabuza told Wits Vuvuzela that the meeting the SRC held on Wednesday to review applications was problematic. She said the meetings did not have a quorum and so could not take decisions, only make recommendation.“We were told that if we didn’t reach quorum, we would just make recommendations to the SRC, but how can we make a recommendation to ourselves?”she asked.

Ghost form 6
She added that new forms needed to apply and not been provided to Project W. The form in question “Form 6” was not given to Project W at their initial application.

Mabuza added that the form does not exist, “Nobody knows where it is, or who has it,” she said. Mighti said that Project W would still make their presentation despite their complaints with the process. “We will follow their broken system, but we will point out that their system is broken,” he said. 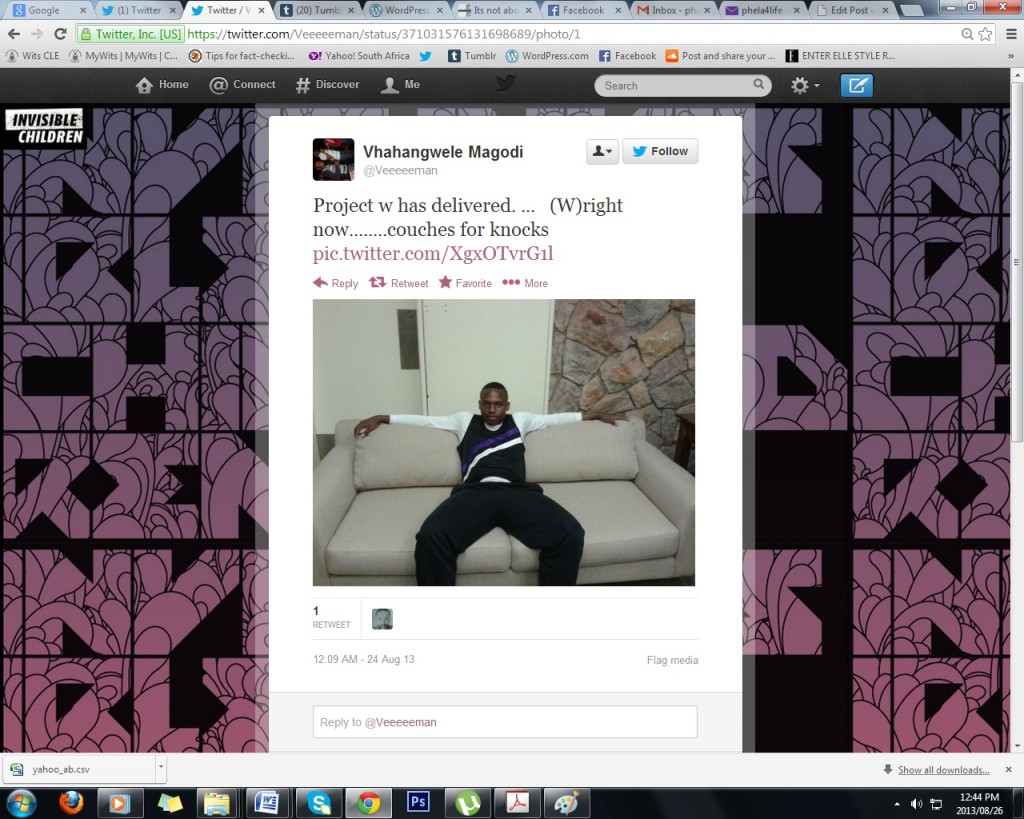