END_OF_DOCUMENT_TOKEN_TO_BE_REPLACED

Volunteers are needed for a test to check the effectiveness of covid-19 rapid tests.

END_OF_DOCUMENT_TOKEN_TO_BE_REPLACED

Wits University adjusted to its first week of online learning, in an attempt to salvage the 2020 academic year.

END_OF_DOCUMENT_TOKEN_TO_BE_REPLACED 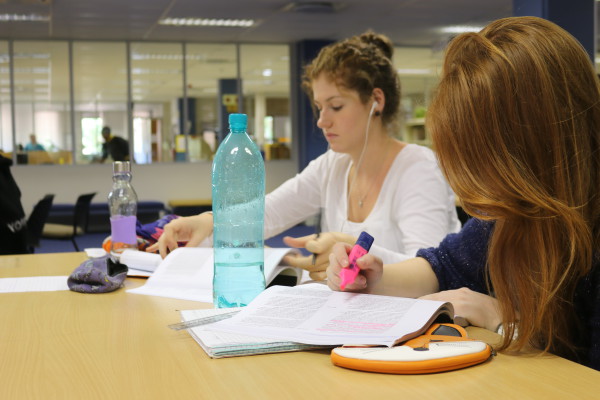 The struggles of studying abroad.

THIRD-year student Rosa Moll studied abroad in Paris as part of an exchange programme to broaden her horizons. However, when Moll returned to Wits she learned she was not being credited for all of her courses.

Moll took up seven subjects in the fields of archaeology and anthropology at a third year at the Paris X Nanterre La Defense in France. The courses at the French university were to be credited at a second year level at Wits.

Ismail Barudin, programme administrator at the Wits International Office, told Wits Vuvuzela that Moll’s case was being investigated. He said the error was not done on the Wits side and suggested a mistake was made by Paris X Nanterre.

Barudin said that when students apply for the Wits Study Abroad Programme, it is important that they sit down with their faculty registrar and look at the courses they plan on taking at the foreign university.
The students should make sure that the course is available and that they will be credited for their courses before they study abroad. A form approving the courses at the exchange university must be checked and stamped by the faculty registrar.

Barudin said students need to be aware that some courses are only partially credited, and exchange students would still have to take up another course at Wits to fulfil their point requirements.
One of the requirements of the programme is that a student needs to be registered at Wits and pay the full tuition fee at the university. In cases where the academic year at the exchange university does not coincide with the Wits academic year, students should register over the phone while still abroad.
Most of the partnerships and exchange programmes are open to the humanities students.
Barudin explained that it is difficult to have exchange programmes in faculties that have their own professional councils because there could be a difference in the way the professions are practised in different countries.

Barudin said that cases such as Moll’s are not common and that they have not come across any other issues.
Other than then credits mishap, Moll said “the experience was memorable” and that she enjoyed her studying in Paris.