Thato Pule is a firm activist for the rights of those in the LGBTI community.

“Our bodies are political … and we can use them to protect ourselves … our bodies are vulnerable and therefore are targets,” says Thato Pule a third year Actuarial Science student from the University of Cape Town (UCT).

Pule is transgender woman and she is proud of who she is. When Wits Vuvuzela spoke to her, she was confident and assertive. She wore a stylish multi-colour dress (yellow, white and brown) paired with a black coat. Her hair was tied up and her make-up was on fleek. She spoke with such a command that one could not help but pay attention.

When Pule is asked about her experiences as a young, black and gifted transgender woman, she responds “I have no say in what happens to my daily experience because it is at the hands of those who benefit from my subjugation.”

So many times, it has been said that the youth of today are lazy and have no mission. However for the likes of Pule, there is a greater mission for young people in this era.

Earlier this year, the #rhodesmustfall movement was started by UCT students. The movement was sparked by students demanding transformation at UCT, particularly the removal of the statue of colonialist Cecil John Rhodes.

Pule said #rhodesmustfall was a starting point for her own thinking and caused her to think about the inclusion on campus of “queer bodies”.

Pule was a member of the UCT SRC, the chairperson of transformation and social responsiveness, at the time. However, she later resigned from her position after controversial comments were made about the lesbian, gay, bisexual, transsexual and intersex (LGBTI) community UCT SRC deputy president Zizipho Pae.

“We are institutionalising and normalising sin. God have mercy on us” Pae wrote after gay marriage was legalised in all American states.

These comments led to Pule posting to Facebook a picture that had tongues wagging. It showed the half-naked bodies of Pule and women in solidarity with her, standing in the UCT SRC president’s office. It was captioned “She invaded our personal space as queer bodies and now we are invading hers.”

She also criticises UCT as a whole for their lack of interest when it comes to issues relating to the LGBTI community. “UCT operates on the assumption that someone is either male or female,” she explains. Pule places emphasison residences, because she feels as though there is no consideration for people of all sexual orientations.

She is an activist with the newly formed Black Resolutions Movement which focuses on what she calls “black queerness.”  Pule believes that the fact that she is black changes the entire sphere of being transgender.

“Activism is not an option, it’s a way of life” Pule says.

Transgendered people have been in the news, with reality television star Caitlyn Jenner, formerly a man, revealing to the world her identity as a woman. She went through medical treatments to look like a woman before changing her name. While criticised by many, including some who claimed it was a publicity stunt, Jenner was also praised and received the Arthur Ashe Courage Award earlier this month.

Pule praises Jenner’s journey because she believes that it has helped to “introduce transgender people into mainstream homes.” However she still believes that is still much work to be done in Africa for people of all sexual orientations to be understood and accepted. 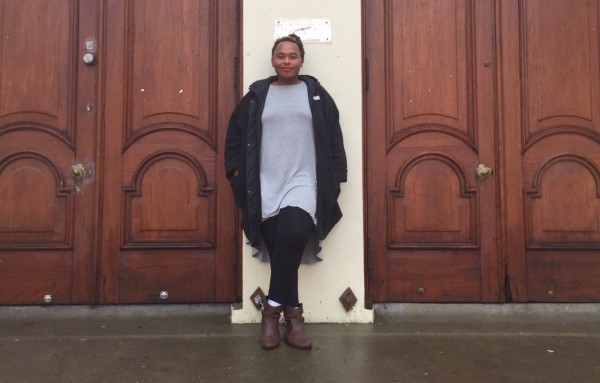