Stellenbosch fails to keep up with Bidvest Wits END_OF_DOCUMENT_TOKEN_TO_BE_REPLACED

END_OF_DOCUMENT_TOKEN_TO_BE_REPLACED

Bidvest Wits fall further down the log standings after a loss to SuperSport United. END_OF_DOCUMENT_TOKEN_TO_BE_REPLACED

#FMF protestor tries for (wo)man of the match

It was an interesting day on the soccer pitch on Tuesday night when a game between the Clever Boys and Kaizer Chiefs boasted an appearance by a #FEESMUSTFALL  protester.

It was more than soccer obstacles in the way for Bidvest Wits on Tuesday night when during their clash with Kaizer Chiefs, a Wits student protester holding #FEESMUSTFALL banner ran across the pitch.

The student, Busisiwe Catherine Seabe, ran in the 78th minute of the game across the pitch waving the #FEESMUSTFALL banner. She was stopped by a player and stadium security and taken to the Hillbrow Police station.

“I was charged apparently with contravening an act from 2010, I’m not sure what this act is and neither are my legal representatives,” said Seabe.

Seabe was released this morning and has been back on campus, “I’m waiting to appear at the Hillbrow court at 8:30am on Friday, I am waiting to be briefed by my legal team about this,” said Seabe.

According to Seabe, she and other FMF members went to match without the intention of protesting.

“We were just watching the game funny enough and everyone brought tickets to support the team,” Seabe told Wits Vuvuzela.

Seabe said that while watching the match, she was inspired to stage an unplanned protest on the pitch.

“Bidvest is a large part of the Wits community. If Bidvest can come on campus and ask students for support then surely the students can ask them for support when we are facing issues of accommodation, fees … The soccer industry generates millions in revenue,” Seabe said.

After dodging Campus Control on the pitch, Seabe was eventually stopped by new Clever Boy S’fiso Hlanti who didn’t seem too impressed with her actions. “He actually just asked me what am I doing? What was on the banner?’,” said Seabe.

In the footage of the incident, a member of the Bidvest management team is seen approaching the apprehended Seabe and pulling the banner from her, “I was hurt in the scuff of the pulling, my pants got torn but it’s fine,” Seabe said.

She adds that even despite having exited the pitch and some fans applauding, Bidvest staff members were still unimpressed, “It was a bit violent to a certain extent even when I was off the pitch, PSL management was very upset.”

But it seems no one is as upset as her mother who believes fee protesters have already made their point, “My mom is livid! She keeps telling me I must stop, the country gets it now.” 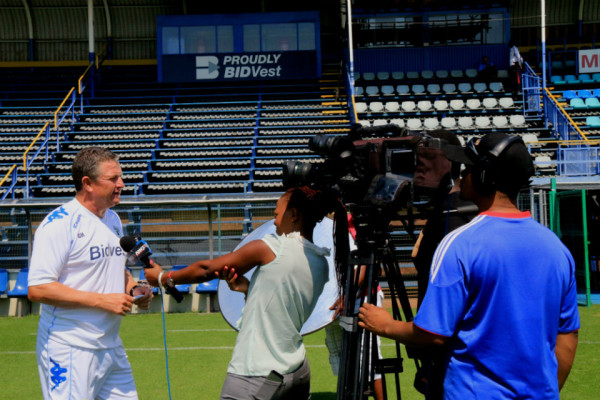 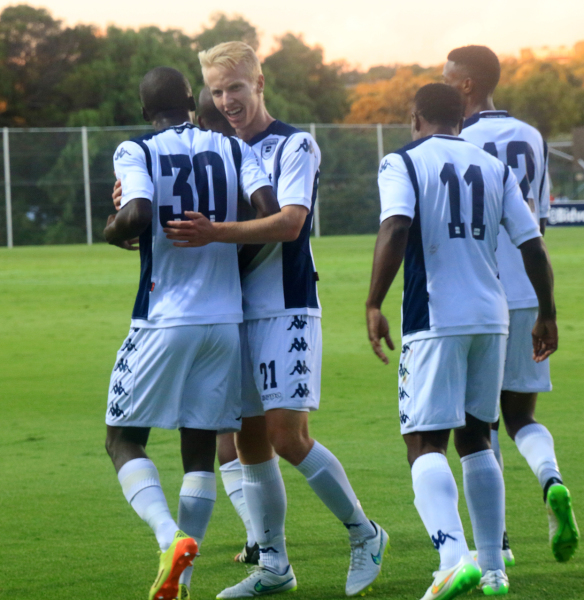