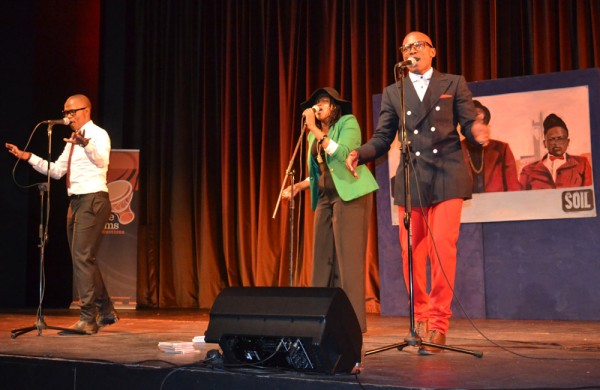 Wits students will experience the sound of kasi-soul, a combination of the Afro-pop, Afro and neo-soul, jazz and hip-hop genres, by trio The Soil later today (July 20) as part of their nationwide campus tour.

They say God is the first member of the group.

With their voices alone, the group produces sounds of different instruments like the cello and violin while simultaneously beat boxing.

The vintage-styled group won two Ovation Awards at the National Arts Festival in Grahamstown in 2010.

They are giving their Wits audience a taste of the finger-snapping music which can traced back to the Sophiatown culture and era.

The sold-out show, organised by Native Rhythms Productions, will be held at the Wits Theatre from 6pm. For video interview and performance clips go to www.witsvuvuzela.com