A snip in the bush vs a scalpel in bed

Edwin Makitla believes he would not be the man he is today if it were not for his experience at initiation school. Makitla first went to the mountain when he was 12 years old. He has been returning every year since then to be reminded of his teachings and to help usher other young boys into their new-found manhood.

Black Joburgers forget who they are

He says black South Africans who move to big cities like Johannesburg forget who they are. They come to the city, follow “the things of white people” and then abandon what they have been doing for years. They forget their ancestors and turn to Western practitioners, whose medicine they believe in without question.[pullquote] “When you are an African man and you don’t go to initiation school, things will go wrong in your life. You will not succeed. This is cultural.”[/pullquote]

Every year, between May and August, the media zooms in on traditional circumcision and its failures that lead to the deaths of young men. Initiation schools and their associated cultures across the country come under the microscope of the media and South Africa.

Makitla says African men cannot “survive” without going through traditional circumcision. “When you are an African man and you don’t go to initiation school, things will go wrong in your life. You will not succeed. This is cultural.”

Other side of the coin
Rendani Ramovha, a Wits rugby player, says he went the medical circumcision route but was too young to remember it.
[pullquote align=”right”]”If you consider all of that, then I think if the ancestors really were angry at me, I would be dead.”[/pullquote]On the ancestors “getting angry” when black men don’t go to initiation school, Ramovha says: “I cannot comment on something that does not exist in my reality.”

Ramovha’s father denounced his chieftaincy when he was a young boy. He left the community and turned his back on his traditional background.
“If you consider all of that, then I think if the ancestors really were angry at me, I would be dead.”

Untrained traditional healers are the problem

Traditional healer Thifulufheli Nemavhulani says that in more than 30 years of working with traditional circumcisions he[pullquote]”You can’t just wake up one morning and decide that you are going to work with these things [traditional circumcision].”[/pullquote] has never had a complication. He attributes the problems at some initiation schools to people who do not respect their culture.

“People do not understand tradition. You can’t just wake up one morning and decide that you are going to work with these things [traditional circumcision].“It’s a delicate thing. You have to be called and trained to do this.”

Makitla says he believes that the initiation school he went to is good because there have been no deaths there for as long as he can remember.

He says traditional healers run the initiation school and, if any small complication occurs, there are medical doctors who have been circumcised traditionally on standby to assist.

Traditional circumcision makes “better” men
Makitla says he believes that the medical way can never be a substitute for the traditional route. He says he cannot imagine a woman nurse, in the hospital, circumcising him. To him, it makes no sense.

“It’s not just about being circumcised. We learn things there that we can never learn anywhere else. We leave having been part of a brotherhood of men united by the praise poetry we learn there and men who are strong and respectful.”

He says men who went to initiation schools are better than those who go the medical route.

“What could they possibly learn there that I cannot learn throughout my life? It’s all about perspective. It’s about the way you programme your mind.

Women like initiated men
Nemavhulani says men who go to initiation schools and those who go through medical circumcision are different. 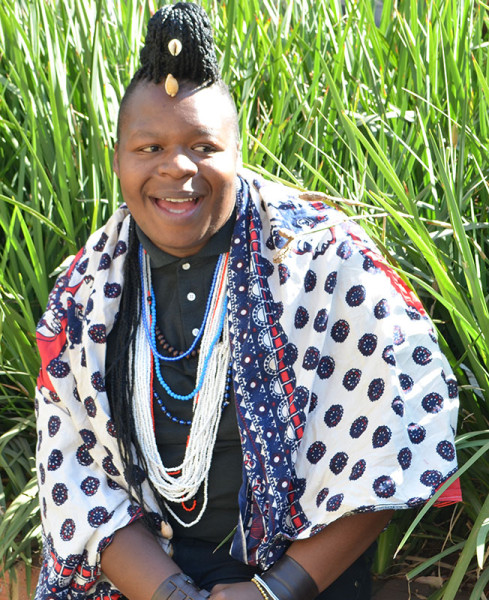