“After all the work I put into training and raising the funds, I felt like I was robbed of my international debut again.” END_OF_DOCUMENT_TOKEN_TO_BE_REPLACED 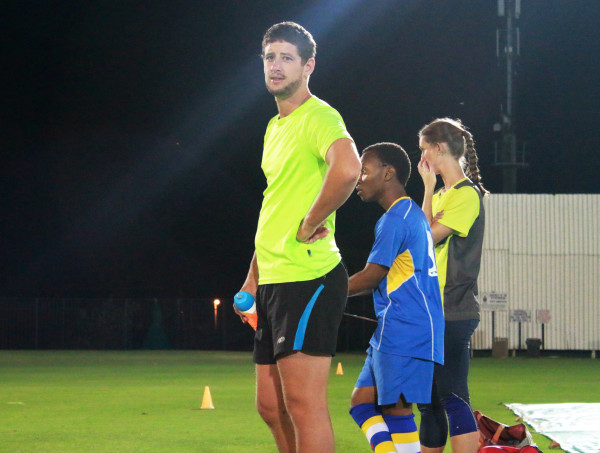 For the first time in its eight year history, the “Rocktober” Ultimate Frisbee Championship will be held at Wits University.

The competition will take place on 3-5 October.

This is the second time the Voodoo Kudus will be playing in Rocktober. Their debut was at last year’s championship, which was held in Randburg.

“But we’re just striving for team synergy and to do our best in all the games we play.”

According to Bishop, the team is lucky to host this year’s competition and it was thanks to their chairperson Sally Crompton, who had pushed to bid for Wits to host.

“There’s going to be some tough competition,”

The South African Flying Disk Association (SAFDA) has been actively involved in encouraging university students to participate in Ultimate Frisbee because, they say, it is a prestigious sport, rapidly gaining momentum around the country.

“It’s not just a game,” said Bishop. “It’s a community, and a sport like this could help build connections and communities in South Africa.”

Crompton and Bishop told Wits Vuvuzela that the recent hat tournament sparked interest in the sport and for the first time in Voodoo Kudu history they were able to enter two teams into the competition.

Bishop enthused: “When people see how skilled the game is and how much athletics and knowledge is needed, it entices competition and makes you want to take part.”

Students are encouraged to support the Voodoo Kudus in the tournament, when the games start between 8am and 5pm on Saturday October 4 and between 8am and 3pm on Sunday October 5 on the Bozzoli B field, the Walter Milton Cricket Oval and in the rugby stadium.

The Voodoo Kudus will also host an open party at the Bozzoli Pavilion from 6pm on Saturday night, October 4.