Without growth, the country will not be able to achieve its economic goals, says the author. END_OF_DOCUMENT_TOKEN_TO_BE_REPLACED

END_OF_DOCUMENT_TOKEN_TO_BE_REPLACED

New degrees to equip Witsies for the 4th industrial revolution

END_OF_DOCUMENT_TOKEN_TO_BE_REPLACED

THE REPUTATION of the Wits Business School (WBS) may be in danger following reports the school may lose its accreditation due to a lack of full-time MBA students.

Last week, the Financial Mail published an opinion article that said there were only 14 full-time MBA students at the school, below the required 20 needed to maintain its international accreditation with the Association of MBAs (AMBA).

The main reason cited for the drop in enrolment was blamed on Wits taking over administrative affairs at WBS and incorporating WBS enrolment into its central enrolment system.

However, the problem of poor enrolment may even be worse than first reported.

Wits Vuvuzela approached WBS head of school Wendy Ngoma for comment but did not receive a response before going to press.

Luzuko Ndzuta, a full-time MBA student who spoke to Wits Vuvuzela, agreed that the WBS administration being taken over by the main Wits administration may have contributed to the fall in applications.

“The administration is pathetic, I mean lecturers joke about it but I mean it’s a serious problem and if you have been a Witsie for quite some time you will know that this did not start now. It has been a matter for years,” Ndzuta said.

Other students however, said the reports that the MBA was at risk of losing its accreditation were taken out of context and “premature”.

[pullquote align=”right”]It’s put out of perspective, there is no chance of the school losing its accreditation.”[/pullquote]

“It’s put out of perspective, there is no chance of the school losing its accreditation,” full-time MBA student Herina Vlachos said.

Lynneth Petersen, a fellow classmate said it was important that people know there are three MBA classes at WBS and that the two part-time classes have about 50 or more students each.

“That was a very important fact that those articles left out,” Petersen said.

“They [the media] saw a gap, and they exploited it,” said Vlachos.

According to the guidelines given by AMBA, each MBA class must have a minimum of 20 students in order to achieve: “adequate group interaction”.

Petersen said regardless of the small class size she had no doubt in the education they were receiving.

Although some students said they were not worried about their qualification, Ndzuta said the controversy was damaging to the reputation of the degree.

[pullquote]“As a prospective student, when you have to go out and start looking for a job, this is not good for your confidence if your degree is in question.”[/pullquote]

Ndzuta said businesses look for “reputable brands” and would not care about reasons for the problems.

“The end market doesn’t look at those nitty gritties, they look at the headlines,” said Ndzuta. 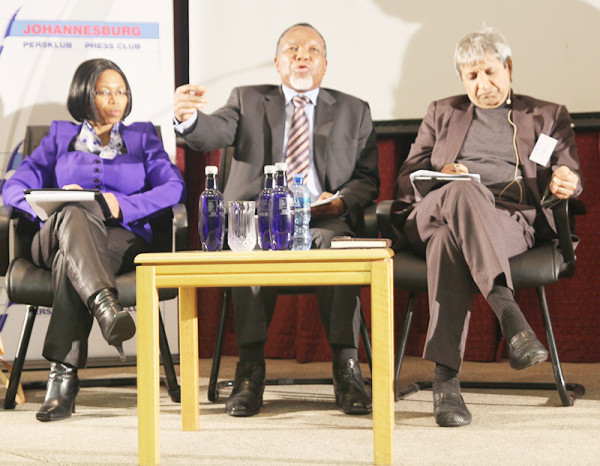