A Wits University student is set to launch a funding platform for entrepreneurs.

END_OF_DOCUMENT_TOKEN_TO_BE_REPLACED

The covid-19 pandemic has not prevented the faculty of commerce, law and management, and the faculty of health sciences from commencing classes in January as in previous years.

END_OF_DOCUMENT_TOKEN_TO_BE_REPLACED

The head of the Wits Business School has resigned.  END_OF_DOCUMENT_TOKEN_TO_BE_REPLACED

The Wits Business School has set aside R 2 million in scholarships for MBA students from across Africa who are in financial need.

With the conversation surrounding #Access still hot on the lips of students and staff, the Wits Business School (WBS) announced that the institution will be giving nine exceptional candidates scholarships for the 2016 academic year.

“The selection process is straight forward, we look at the candidate’s financial need, academic merit and career progression to see how they have done in the working environment. Candidates are required to submit a motivational video stating why they want to study and what they propose to do with the qualification,” said Conrad Viedge, MBA programme director at WBS.

The proposed MBA scholarships valued at over R2-million will be available to both full and part time MBA programme applicants from across Africa.

“The bursary is sponsored through the university with money sourced from our third stream income,” said Viedge.

There are different types of scholarships available: Full scholarships which cover the full tuition, textbooks, living allowance and an international study tour. The partial scholarship insures a sizable contribution towards tuition fees while merit scholarships provide for a smaller portion of the MBA tuition fees.

Before applying for the bursary, applicants must first be accepted into the MBA programme. Candidates will then be notified on the progress of their funding request.

In a statement Prof. Steve Bluen, head of the Wits Business School, said “One of our four pillars of excellence here at WBS is character excellence. Through this, WBS aims to graduate leaders that strive for inclusivity and sustainability and are driven by a desire to make a difference. But as a school we lead by example and the scholarship programme is just one instance of this in action.”

Applications for the first term of 2016 are currently closed but you can still check the WBS website for announcements regarding scholarships for the June 2016 MBA intake. 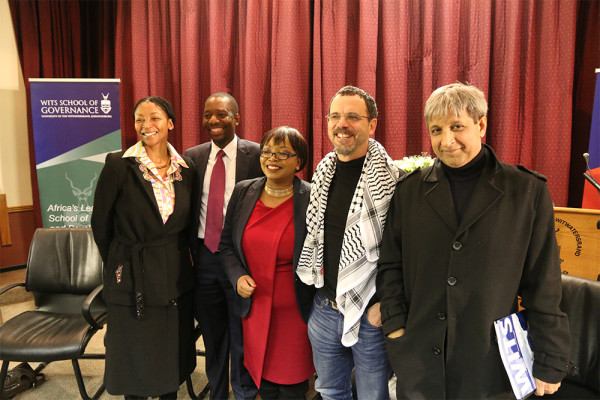