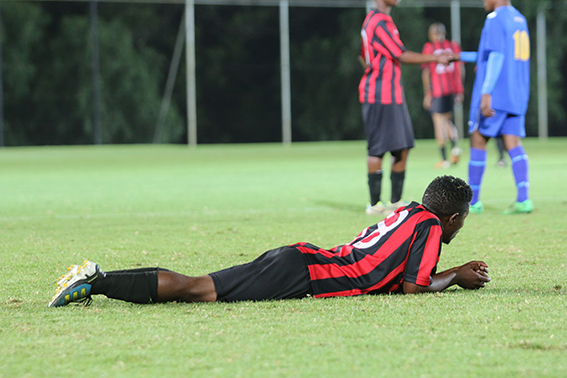 by Palesa Radebe and Mfuneko Toyana

THE Clever Boys scored a late goal to edge Maritzburg United 2-1 and move to 6th place in the PSL standings, on Wednesday night at Bidvest stadium.

With an impressive turn out from Bidvest supporters and a lively band keeping them excited, Maritzburg United did well to dominate the initial stages of the game. And their early initiative paid off when Mario Booysen scored for the away team from a well taken corner kick in the first 15th minute of the game.

Wits’ first goal attempt came from striker Ryan Chapman, who was thought to be offside but the linesman kept his flag down, only for him to miss a clear chance.

Wits’ Papi Faty also missed a chance to equalise the score when he headed the ball over the bar, following a good corner kick from Matthew Pattison.

Thirty-eight minutes into the game Asive Langwe equalised for Wits with a header after an accurate cross by Mzikayise Mashaba, to leave the scores level at half-time.

Wits came back in the second half determined to claim all three points, and could have taken the lead twice within the first ten minutes.

First Maritzburg goalkeeper Shoab Walters saved well from a close range shot by Chapman, and 5 minutes later Papi Faty’s shot from outside the box beat Walters but not the right-hand upright.

As a result the KZN team relied on the counter-attack, but centre-backs Langu Sweswe and Sandile Sibande comfortably foiled United’s efforts and Wits continued to hunt for a winner.

It finally came when Ryan Chapman turned a defender outside the box and sent a wonder strike into the roof of the Maritzburg net.

It was a well-deserved victory for Clive Barker’s charges and the fans that never stopped singing.