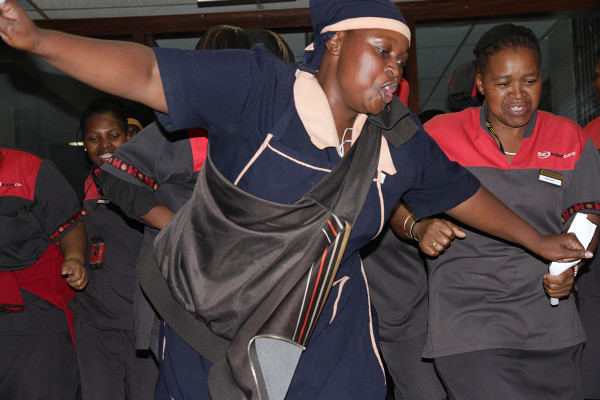 THE Academic Staff Union of Wits University (Asawu) has embarked on a boycott of all university meetings in an attempt to bring the university to a halt.

The indefinite boycott started on August 20 and involves 750 Asawu members who will also boycott aspects of the new performance management system.

Speaking on behalf of Wits management, Dr. Kgomotso Kasonkola, Director of Human Resources said deans and heads of schools had been asked to make arrangements to ensure that administrative and other activities of the university continue to run. “We believe that our colleagues do not intend to undermine the interests of students or to disrupt the academic programme,” Kasonkola said.

Asawu made their grievances public with a strike earlier this month.  The strike on August 2 was attended by approximately 1 000 support staff and academics according to the union.

The academic union has planned another one-day strike on Tuesday, August 28 supported by the National Education, Health and Allied Workers Union (Nehawu) and the Administration, Library and Technical Staff Association (Altsa). An Asawu statement advised all students to study at home on August 28 and seek guidance from their lecturers on what to study.

The protestors demand competitive salaries and increased research funding, among other things.

Kasonkola said: “Senior management is concerned that the current salary demands by the unions will exert pressure on student fees to ensure institutional sustainability.”

Dickinson also said the union is at the final stage of responding to an article by the Vice Chancellor Loyiso Nongxa in Business Day earlier this month. In the article Nongxa said Wits is one of the best paying universities in the country.

“The wage settlement being contested is a level well above the consumer price index and is comparable with the best settlements at other universities,” wrote the Vice Chancellor.

Wits Vuvuzela reported earlier this year Dickinson had been warned by Nongxa a charge of disrepute could be brought against him. Dickinson said the agreement reached at the Commission for Conciliation, Mediation and Arbitration (CCMA) protects him from disciplinary action. 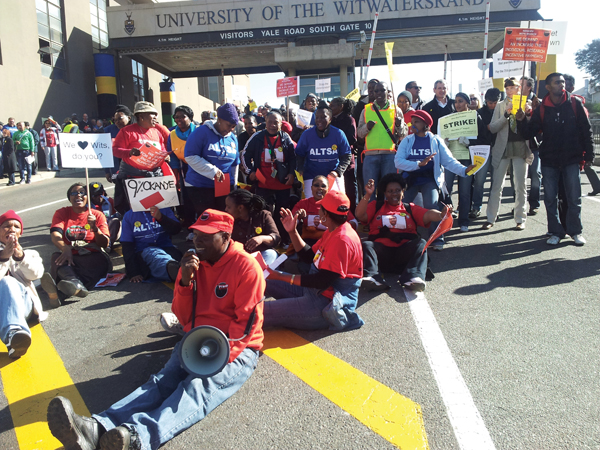 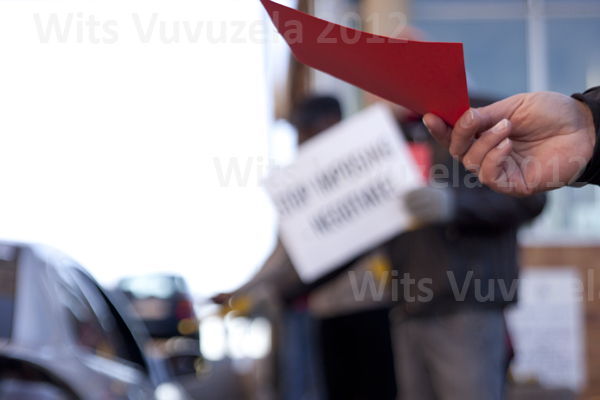 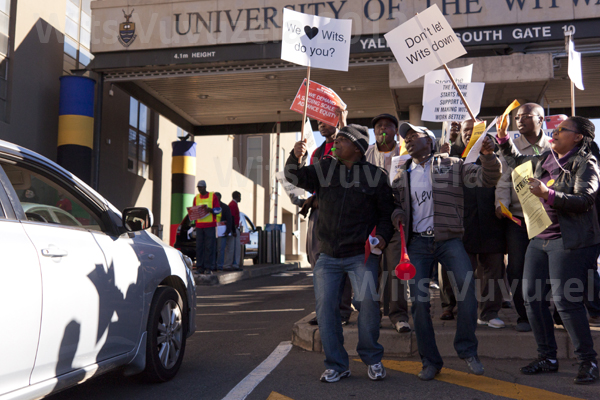 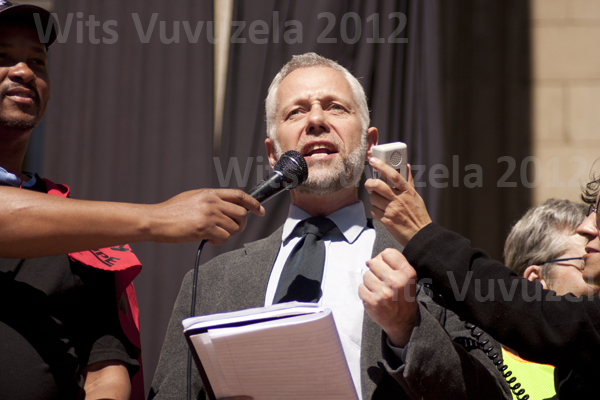 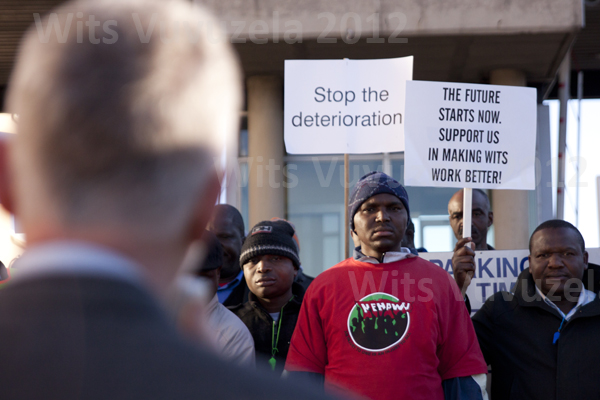 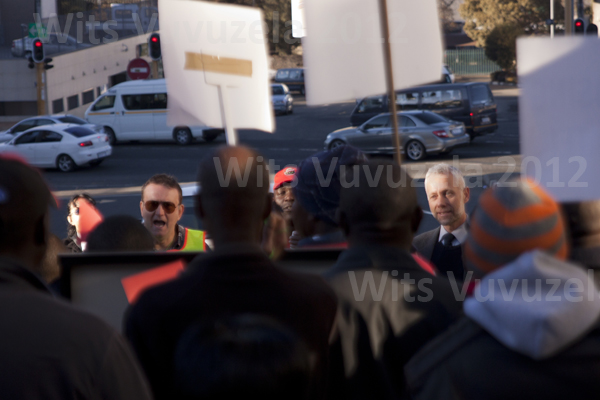 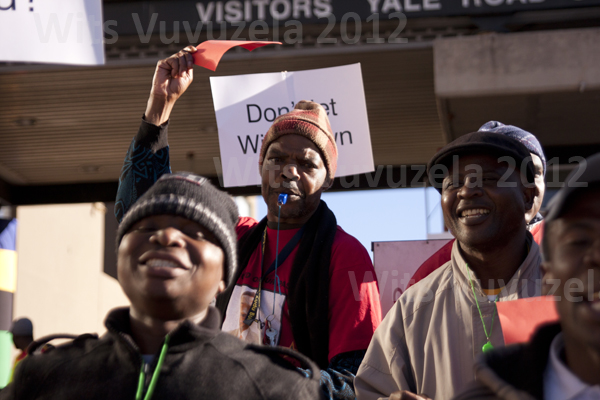 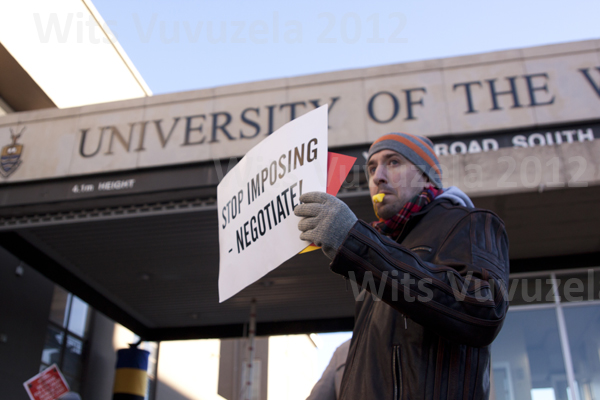 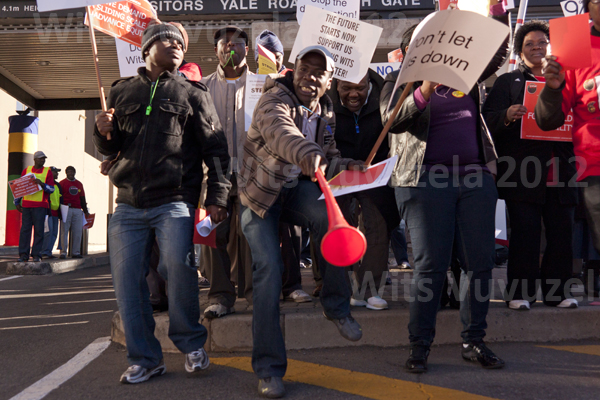