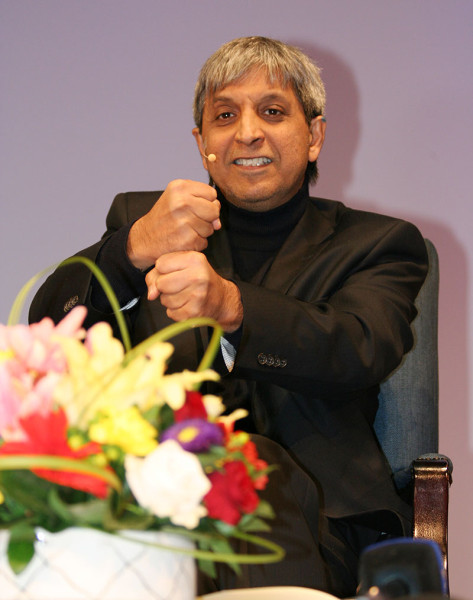 WORKING TOGETHER: Habib discusses how ‘we’ can build a stronger university
Photo: Ray Mahlaka

The ‘Vice chancellor Equality Scholarships’ is the brainchild of Professor Adam Habib and will be presented to 10 students from the most marginalised schools.

The scholarship will be similar to the current merit scholarships that the university offers.

Habib said each the qualifying student would receive about R 100 000 in funding.

The students’ study fees and residence fees will be paid in full throughout their degree, as long as they attain a certain level of performance.

If the students pass their first year at the university, their second year will be paid as well. Habib said the rationale of the scholarship is that any university must be a home for talented students, whatever their degree.

“Our thing is, if you’re going to be a nationally responsible university, a university of this country, you must be able to make sure you have a home for poor people as much as you are a home for rich people. And that means you are taking talented students.”

Habib said it can’t be expected of a marginalised student or someone who comes from a marginalised school to compete on an equal footing with somebody from a private school, so Wits wants to equalise the playing field.

“If you have got five A’s or four A’s from a student who is in a school that does not even have laboratories, that’s a bloody good student.  And so they must be given a shot.” The scholarships will be an attempt on Wits’s part as a public institution to address inequality in society. Funds for the scholarships will come from Wits and donors.

Wits currently has 9 800 postgraduate students, which is about 30% of the total student population.