The Wits SRC support office issued a statement calling for a new VC, but SRC officials were nowhere to be found when Wits Vuvuzela had questions for them about the call. END_OF_DOCUMENT_TOKEN_TO_BE_REPLACED

The university acknowledges that “a graduation ceremony is a major life event and we understand that many graduands were disappointed by the events that transpired”.

END_OF_DOCUMENT_TOKEN_TO_BE_REPLACED

The mood was sombre as the Wits community mourned the tragic death of the young student. END_OF_DOCUMENT_TOKEN_TO_BE_REPLACED

Wits management and the SRC have negotiated a data allowance for international students for the rest of the academic year.

END_OF_DOCUMENT_TOKEN_TO_BE_REPLACED

SRC townhall abandoned due to logistics

Students left waiting after SRC arrived over an hour late to a meeting it had called.  END_OF_DOCUMENT_TOKEN_TO_BE_REPLACED

Members of #FeesMustFall are adamant that Wits SRC President Nompendulo  Mkhatshwa does not speak for the entire movement.
END_OF_DOCUMENT_TOKEN_TO_BE_REPLACED

Wits SRC president threatened to leave during her interview on Checkpoint broadcast on eNCA.

END_OF_DOCUMENT_TOKEN_TO_BE_REPLACED 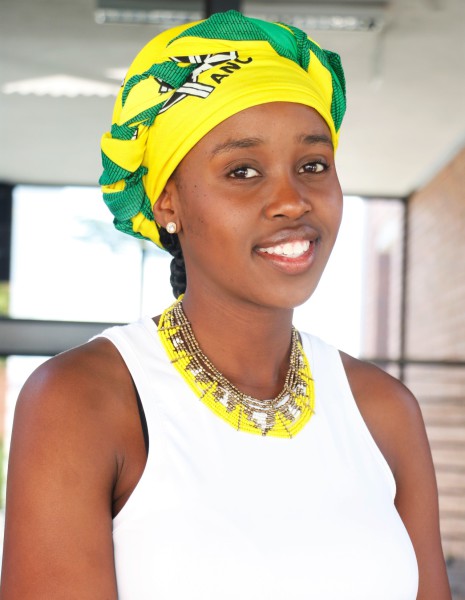 Wits distances itself from review of Dlamini’s guilty verdict

Wits University has responded to requests from the Progressive Youth Alliance (PYA), and the former Student Representative Council (SRC) president, Mcebo Dlamini, to speed up the process of review of Dlamini’s case.

Wits University has distanced itself from the review of the guilty verdict on charges of misconduct against former Student Representative Council (SRC) president, Mcebo Dlamini. This is according to a letter sent to the Progressive Youth Alliance (PYA) from the office of the Wits vice chancellor Professor Adam Habib, which Wits Vuvuzela has seen.

Habib was responding to calls made by the PYA during a march on main campus on Monday, May 11. One of the demands made by the group was that the review of Dlamini’s case be moved to this Friday, May 15.

Speaking to Wits Vuvuzela, Wits University spokesperson Shirona Patel said the review is being handled by an “independent panel” and the university will distance itself from the actual process.

In the letter sent from Habib’s office, the university says it supports the request to speed up the process of the review and adds that “a request to this effect has already been made to the Chair of the Review Committee”. It further states that “if the Review Committee finds in favour of Mr Dlamini, he will be reinstated as SRC President”.

Dlamini was recalled as President on May 4, following an announcement from the vice chancellor’s office. Earlier this year, the former SRC president was found guilty of misconduct but allowed to remain in his position by the vice chancellor pending a review of the case.

Last week, though, the vice chancellor announced that he was reversing this decision as it appeared to Habib, that Dlamini was intentionally delaying the review process.

Dlamini has said that his legal team has contacted the Wits Legal Office to demand that the review of his case be held by this Friday.

He told Wits Vuvuzela that it was now the university who was delaying the date of his review and with exams in less than a month, he would like to “exonerate” himself and prepare for his exams.