Hide it in a book 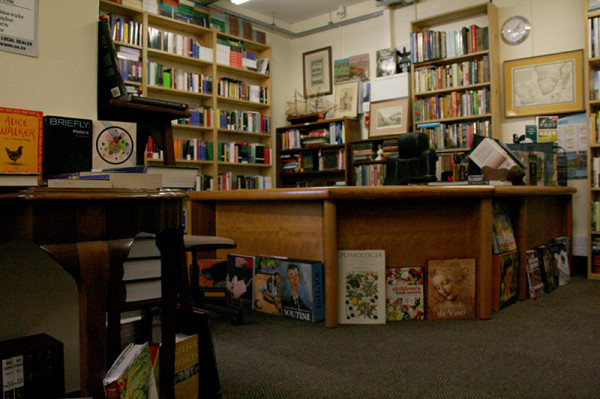 That yesterday was World Book Day hardly registered on the radars of Witsies, and even the proprietor at a campus bookstore was unaware of the day.

“Really,” he exclaimed when informed about the calendar ‘event’. His eyebrows however, did not match his surprise, failing to rise and arch in the usual expression of surprise.

“I don’t really take notice of these days,” he continued when asked if business had increased as a result of the day. “Apparently there is a world toilet day as well”.

It was a sentiment that was shared by many others on campus, who were either unaware of the day or cited a “fatigue” at the numerous days that had become official celebrations of one thing or the other.

www.worldbookday.com is the official website created, as the greeting page reads, to “help people celebrate” the day. The colourful website also offers visitors resources, such as press kits and branding, to promote their own World Book Day celebrations. It also offers a “free online festival featuring top authors and illustrators streamed live and free to celebrate World Book Day 2013”.

The show is streamed from the UK and hosted by British children’s books author. Most of the authors themselves are British and some from the USA.

The South African theme for World Book Day was “In books I find…”, and plans to celebrate the day included a 30 000 poster campaign and a Door-to-Door Reading Campaign held a day before (yesterday) to raise awareness about the day.

This year’s host province was the North West, and a worthy village was selected in the province where the awareness campaign would take place and receive a donation of books to “promote a reading culture where there was previously none”.

The differences between the www.worldbookday.com site and S.A’s www.sabooksellers.com site, responsible for country’s celebrations, are striking. The international site has a bright red and yellow colour-scheme with a playful look and feel. It is also very interactive with plenty of links to resources for librarians, booksellers, teachers and anyone else interested in marking the day.

The local site has very little colour and almost no links to further resources or ways for visitors to participate in World Book Day activities. Instead, it reads like a press release intended for adults and corporates rather than young readers and educators.

Nalibali, is a “national reading-for-enjoyment campaign to spark children’s potential through storytelling and reading”. The campaign cuts across media mediums, and can be found in newspaper supplements as well as on the internet.

Although their website made no reference to World Book Day, it shares something important with www.worldbookday.com, the site and the campaign itself. Both are colourful and interactive; with videos, links to resources and tips about inspiring children to read all in easy access. Both are patently aimed at young kids as well the educators tasked with inspiring them into a world of reading.

An article on the Nalibali website, www.nalibali.org, about the value of reading to children, explains in simple, lucid language how fundamental reading is the development of a young mind. However, it’s the picture accompanying the article that drives the message home; it shows a young schoolboy with a book in his hands and a huge smile on his face.