Students flaunt it all on social media

UJ chicks show more booty and are more “free spirited” than Wits chicks. Sound like a stereotype? One look at the Facebook page, Wits chicks versus UJ chicks, adds some real meat to the stereotypes of “hot” women.

Girls post pictures of themselves in crop tops, sports bras and pleather pants which hug the thighs and accentuate the booty.

Female students from the University of Johannesburg (UJ) post the most girls on the Facebook page. Slindelo Mbatha, a 3rd year student from UJ, says she thinks female students do not treat their body as a temple and that it is an incorrect way to represent women.

“My body is my pride so there’s no way I can post naked pictures on Facebook, hell no. I think it’s slut-ish, nje,” she says.

New and Social Media lecturer at Wits Journalism, Dinesh Balliah, says employers look into social media profiles because people are more free about who they are, so employers want to be sure whom they are associated with.

“When someone sees a picture of you drunk that is something that they attach to you and that is what they think you are,” she says. 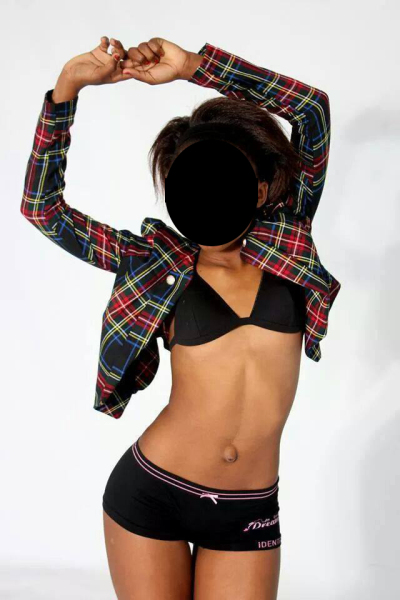 BRINGING SEXY BACK: A student flaunts it all on the “Wits vs. UJ chicks” Facebook page to compete with other girls for the “hottest” in varsity title.

A 1st year student from UJ, Livhu Mukhondo, thinks it is disgraceful to show your body in public because it gives off the wrong impression.

“It’s degrading, it misinterprets us in a false manner. As if showing skin is all there is about us, there is more to our content,” Mkhondo says.

While social networks are platforms to express yourself and a place to network amongst friends, the extent to which one is willing to share themselves is starting to tarnish their identity.

Female stereotypes in the media continue to thrive especially when it comes to self-identity and body image. Somehow young women feel as though they have to live up to the way they are defined by media.

Tafadzwa Samu, 3rd year at UJ, thinks there are better ways to show a woman’s “hotness” and beauty besides flashing boobs and butt because it is degrading.

Samu says more UJ girls are more willing to post pictures of themselves in sports bras and hot pants compared to Wits girls because they are more free-spirited.

Balliah said the definitions of what is considered private have changed because social media was initially platforms which connected people who know each other. However, it has developed to connect organisations, big corporations and people who do not know each other.

“You need to be very prudent about the choices you make and what you are sharing online,” she says.