Getting noticed and gettting hired 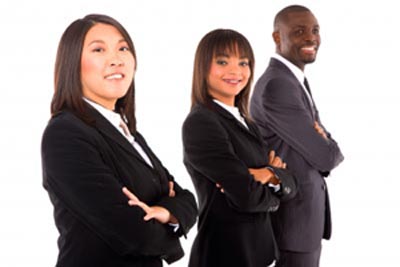 The Wits Counselling and Career Development Unit says graduates need to work hard to stand out from other jobseekers. Photo: FreeDigitalPhotos.net

Raj Naran, a career educator at the Wits Counselling and Careers Development Unit (CCDU), says the station wasn’t keen on hiring Cliff, but “he kept phoning in persistently, using different accents every time he called and eventually they succumbed.”

“But I’m not necessarily sure that that’s a technique that will work for everyone,” Naran warns.

Naran spoke to Wits Vuvuzela about some of the techniques job-seekers could use to find employment.

While he admits that people looking for work in the arts and the media may need to use creative tactics, Naran says students in other fields can still get noticed by employers using more conventional job search methods.

“It could be counterproductive to [try to] be too creative if that’s not the person that you are.”

He says a successful job search begins with self-awareness and that students should be clear about what skills they have to offer a potential employer.

“If you don’t have something to offer, no-one’s going to stand up and take notice.”

Having packaged themselves into a “product”, students should identify the organisations they would like to work for.

Naran, who has been advising Witsies for more than 20 years, says students should look beyond the companies which come to recruit on campus. He says arts and general science graduates can find jobs with government departments, social service agencies and NGOs, which don’t normally come to campus career fairs.

He also emphasises the importance of a well-written application.  Naran says Wits teaches students “the capacity to read, write, analyse and discern”, but they don’t use those skills in marketing themselves.

He says his office is frustrated at seeing students who bring “a CV that’s so poorly prepared [and] shows they’ve not put any effort into it”.

After putting together good CVs and cover letters, Naran says students should make contact with people in their preferred organisations who have influence in the hiring process, such as the chief executive officer or the head of recruitment.

Perhaps the most important aspect of a successful job search is learning how to deal with rejection.

Naran says students shouldn’t take rejection personally or feel that they are “unworthy” because they didn’t get a particular job.