Habib: No money for in-house cleaning 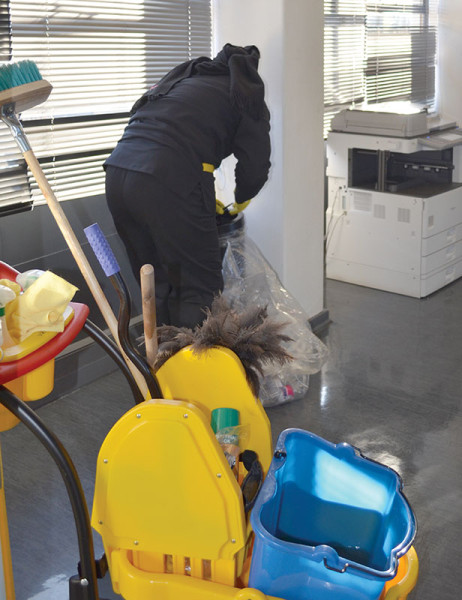 IT WOULD cost Wits University R150-million per year to hire its cleaners directly instead of contracting outside companies to supply the service.

This is the explanation Vice Chancellor Prof Adam Habib gave the workers regarding why the university could not “insource” them.

The workers had a meeting with Habib on Monday to discuss some of the grievances they have with their new contracts, especially their salaries.
“We are here because of the money; maybe the R2 000 that I earn is your child’s pocket money,” said a female worker in a choked voice.Habib said he understood and agreed with the cleaners’ grievances but there was nothing he could do.[pullquote align=”right”]”R2 000 that I earn is your child’s pocket money”[/pullquote] “I don’t like outsourcing,” he said.
“If I was here and in a position of power in 2001, I would have fought against it.
“But now that it’s done I cannot undo it.”
Habib said Wits simply did not have that kind of money.
“I wish I did, but I don’t,” he said.
“If I start spending recklessly now, we will be in trouble and if we are in trouble, people will lose their jobs.”  Habib said if Wits managed to increase its income in the next three years, then he would consider using some of that money for the workers.

One worker asked Habib why he didn’t give them the money he had saved from having cheaper cleaning services from the present contractors who charge less than previous ones. Habib said that money had been used to ensure that all the workers were hired by the current contractors.

There is still abuse

The workers also claimed that Impact, one of the cleaning companies contracted to Wits, was abusive.
“Last year we spoke about how abusive Impact was, but what you did is you gave Impact the contract,” said Girly Mosieleng, a member of the Workers Solidarity Committee. She said Impact had not even given its workers a notice for the meeting and that “there is still apartheid” in the company. Habib asked the cleaners for details of the alleged abuse so he could investigate it.
“Give me a case, an incident, a person, a date and I can do something.
“Without that there is nothing I can do, they will just deny it,” said Habib.

Habib promised to establish a committee that will investigate outsourcing and look at what other cleaners around the country earn to see if it is comparable with what Wits cleaners are earning.
At the request of the workers, Habib said he would speak to the contractors about increasing the workers’ salaries.
“But I am not necessarily hopeful; I’ve already signed the contract. They don’t have to listen to me.”