OPINION: Why Mcebo Dlamini’s views on Hitler are not outrageous

The Wits Vuvuzela received this letter from one of the students of Wits University in the aftermath of the debate around the then Wits SRC President’s comments about Hitler.  The author was hopeful that we would publish it and, while is known to us, wanted to remain anonymous to the public for personal reasons. We have reviewed this letter and feel that the arguments presented in it are editorially relevant as it advances the debate around race in South Africa.

For this reason we have decided to publish this letter and have respected the authors wishes to remain anonymous. The opinions expressed below are the writer’s own and not that of Wits Vuvuzela

Sometimes it is hard to speak. Words are meant to articulate feelings, thoughts and emotions. But, how do I even begin to say anything, when the world has no interest in hearing me speak. 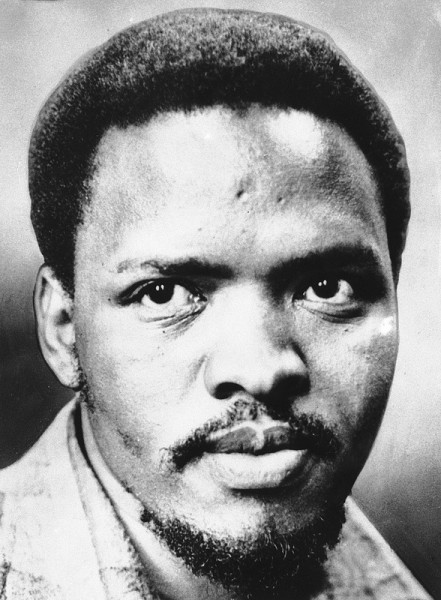 BLACK CONSCIOUSNESS REEMERGES: Steve Biko believed that black people did not possess the power to be racist Photo: Flickr

Why is it that life can continue as normal when black people get mowed down in front of our eyes? In Ferguson, in New York and in Marikana, black life is cheap.

Why are white people allowed to live with the atrocities created by the Bush administration in Afghanistan? Why are they excused from the mass extermination of the Herero and Nama people in Namibia by Germans? How are they able to live knowing that the Atlantic slave trade, where more than two million Africans perished, was managed and carried out by white people?

These are the questions that swirled around in me, when the media frenzy around the Wits SRC president’s statements about the German fascist leader, Adolf Hitler, began last week. The outrage that his Facebook post solicited is worth thinking more deeply about.  Hitler was a fascist and racist leader, traits never to be admired. But I posit that he is seen as a “freak of nature” because he dared to lay hands on white bodies. He dared to “Niggerise” white people.

Tamara ‘Kil Ja Kim’ Nopper, an academic and race theorist, puts it beautifully, “white people are viewed as human.  What this means is that when white people suffer, as some who are poor/female/queer do, they nevertheless are able to have some measure of sympathy for their plight simply because they are white and their marginalization is considered an emergency, crisis or an issue to be concerned about.”

“The ‘black’ was created through a process of dehumanisation”

When the Jewish holocaust is invoked, Jewish people temporarily feel the pain, shame, humiliation and anger that is a permanent part of the black lived experience. In our collective imaginations, whiteness is exempt from pain and suffering – that is reserved for the black.

So as crude as Dlamini’s comments might have been, they bring into focus a larger discussion that needs to be had in South Africa.  We need to define whiteness in relation to the creation of blackness through slavery and land dispossession.

How do we define racism? Can black people be racist? How do we balance the scales when whites were the beneficiaries of slavery and colonialism – systems built on black blood and sweat?  What does it feel like to be a black person in a world defined by a global white power structure?

It is important to understand that the current system that exploits black people was man-made. The ‘black’ was created through a process of dehumanisation. Slavery, colonisation and systematic disenfranchisement of the ‘black’ was written into law and exacerbated through practice.

The American writer and academic Frank Wilderson III, argues that the Atlantic slave trade transformed “Africans into blacks” – a politically loaded term now associated with being uncivilised, savageness, and anti-humanness. In those ships unimaginable gratuitous violence visited African bodies. The African became a commodity and no longer a person. They lost their humanity. This gratuitous violence has characterised black life ever since. This is because; in order to maintain the systems that only allow whites to be “human” – (white supremacy, capitalism, patriarchy) – blackness has to exist.  Blacks have to remain racially inferior and poor.

I’ll quote four thinkers to illustrate that indeed, as Dlamini and so many others have said, BLACKS CAN’T BE RACIST.

One of the greatest minds to come out of South Africa in the last half-century, Stephen Bantu Biko, defined racism as, “we [black people] do not have the power to subjugate anyone … Racism does not only imply exclusion of one race by another it always presupposes that the exclusion is for the purpose of subjugation”.

Philosopher and professor, Mabogo More, agrees with Biko when he says, “racism, therefore, is not discrimination alone, but also the power to control the lives of those excluded”.

Ambalavaner Sivanandan, novelist and director of the Institute of Race Relations in London, puts the nail in the coffin on the ‘blacks are racists too’ statement. He says, “it is the acting out of racial prejudice and not racial prejudice itself that matters… Racism is about power not about prejudice.”

In his important essay, Blacks Can’t Be Racist, Andile Mngxitama aptly puts it, “to make the concept of racism elastic, as to include whites as victims, is to render it useless, and more importantly, to make it susceptible to appropriation by the very beneficiaries of racism”.

“When we scream “fuck you” to the world, our words dissolve into a vacuum”

What all these thinkers have in common is the idea that racism requires power. The power to subjugate. To oppress. What power do blacks have in a system that is designed to supress and alienate them? What does a black person saying “fuck you” to a white person do to a greater system that oppresses blacks collectively?

Black words are impotent. When we scream “fuck you” to the world, our words dissolve into a vacuum, causing no harm. What power does a colonised people have over its coloniser? Can a slave master wake up tomorrow and claim that they are being oppressed by their slave?

Black people should never forget what Biko said about white liberals. Those “bunch of do-gooders” who acknowledge their “white privilege” and insert themselves into black struggles, diluting and sucking them dry of any radical potential.

Only black people understand the true burden of blackness. Black people get no breaks! Our skin is heavy! As Frank Wilderson III says, “our skin magnetizes bullets”. Our presence elicits violence from the white world. And as the South African art critic Athi Joja puts it, there is “something agonising about blackness, its definition in the world, as that which is sucked to invisibility by the displacing parasitic presence of whiteness.”

The incident with Mcebo Dlamini, provides South Africa with a great opportunity to re-evaluate our positions on race and racism. To re-evaluate our hypocrisy. To ask questions that we have actively been avoiding to ask for the past 21 years. A radical, critical race discourse requires honesty.  To build a new world where race and racism won’t be a factor, some reflection will be required. This reflection won’t be easy.

Perhaps we may find out that we first need to destroy in order to then rebuild!

*The author of the letter is a student at Wits University, who has chosen to remain anonymous.