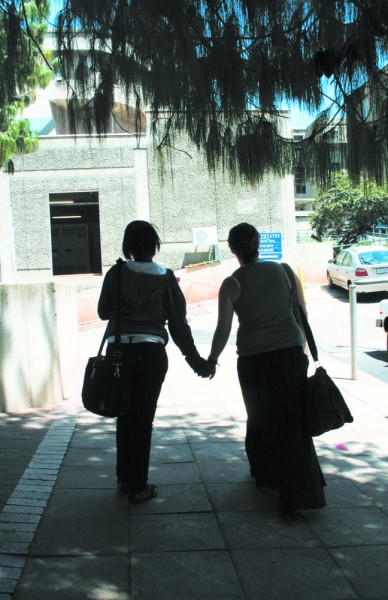 WITS activists held a picket outside the Urban Brew Studios, a media production company, in Johannesburg last Sunday against the proponent of Uganda’s Anti-Homosexuality Bill.

About 30 members of Activate, an activist group representing gay rights on campus, gathered outside the studios between 11 and 2pm to protest against the presence of David Bahati, a member of the Ugandan parliament.

Bahati, who introduced Uganda’s Anti-Homosexuality Bill in October 2009, was invited to participate in a panel organised by the BBC to discuss whether homosexuality is “un-African”. Festus Mogae, Botswana’s former president, and Eusebius McKaiser, a South African political analyst and associate at the Wits Centre for Ethics (WiCE), also took part in the debate.

The Lesbian and Gay Equality Project (LGEP), Activate’s partner, called upon organisations in the Gauteng province to join the picket in memory of David Kisule Kato, the Ugandan gay rights activist who was murdered in January.
Activate’s goal was to get David Bahati’s attention and they were successful, said chairperson Denise Neo. The picketers were chanting a lesbian solidarity song in Zulu called Gubi and holding placards that accused Bahati of being reactionary. “Away with Homophobia in Africa, Away!” the posters stated.

As previously planned by the activists, a lesbian couple kissed during the debate to send a clear message to Bahati. Neo said she was disappointed in the behaviour of some members of the audience, who screamed and shouted, making the process of the debate difficult.

She also said the gay community at Wits was a large one, “as common as weaves”. During O-week, Activate signed up more than 100 new members, 30% of whom were straight.

According to Gabriel Khan, Gay and Lesbian Memory in Action (GALA) archivist, Wits is perceived to be an accepting space and violence is seldom a problem on campus. He said there have been some small incidents, for example posters of events that promoted gays rights being ripped off walls.

At their next event, Activate members will join the Wits Palestine Solidarity Committee for Protest 101, during Israeli Apartheid Week, at the Wits Library Lawns on Tuesday.