McDonalds Top Jock Search is on

THE Amphitheatre was abuzz with music and eager students to see who would walk away with the McDonald’s Top Jock  DJ competition title last week Thursday.

Fanele “FA1” Moloi, a second year BCom accounting student, was chosen as the winner .The competition, alongside ambassador and 5fm’s DJ Euphonik, invited aspirant DJs between the ages of 18 and 24 from 10 campuses around the country to submit their demos to enter the competition.

Five students battled it out on the decks integrating McDonald’s jingle into their mixing. FA1’s clever and skilful mixing made certain house DJ Euphonik’s judging crowned him the best jock on the decks. The 5 students had to play and mix house tracks for two minutes each. They all gave the crowd a good show but it was FA1’s smart transition between tracks that won the crowd and Dj Euphonik over. FA1 received Pioneer headphones for winning the Wits leg of the competition. 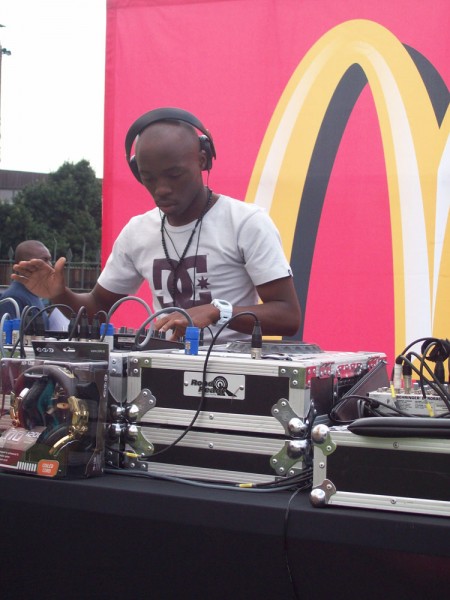 After his win he said, “I have to work harder and make better mixes. I was just in it for the fun, but now I have to represent the campus and I cannot disappoint. I just have to give it my all and see how far I get in the competition.”

McDonald’s head of business and consumer strategy, Daniel Padiachy, said, “The McDonald’s Top Jock Competition is all about celebrating the youth and fits into our broader 24/7 initiative.”

He said they have noticed a growing trend of young South Africans out and about late into the night, working, studying or partying and they want to ensure that customers have a McDonald’s restaurant to visit whenever their hunger hits them.

Renowned party starter DJ Euphonik is the judge for all the campus competitions. The finals will be held at Melrose Arch on April 7 when a panel of judges will choose the winner. The ultimate winner walks away with a 12-month sound engineering degree from Soul Candi. Padiachy said the winner will also walk away with a mixing desk from Pioneer, a set of Pioneer headphones and a three-month DJ course sponsored by Soul Candi.