Just when we thought The Repertoires had reached their peak as one of South Africa’s finest hip-hop dance crews, came the announcement of their new reality show which debuted on satellite channel Vuzu last week Friday.

The reality show, Running with the Reps, showcases “young, upcoming, talented people and how they handle the drama of trying to make it out there … being in the entertainment industry and the dramas of life itself,” says Nthato “Taydos” Malete, co-founder of the group and Voice of Wits radio presenter. 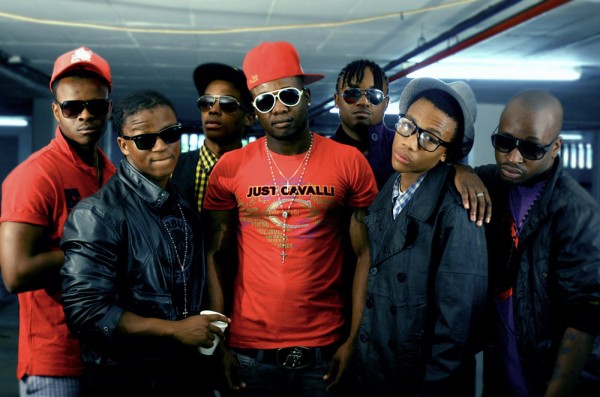 Cranking it up: Catch “Running with the Reps” at 19h30 on Friday's on Vuzu Photo: Courtesy of Vuzu

“Everyone has ambitions and dreams, but if you’re watching people trying to do something about it, it’s a whole different story. It’s inspiring,” says Malete.

Makhosini Sihlali, fellow Witsie and co-manager of the Johannesburg crew, adds that getting the idea for the reality show to materialise was not “as easy as it seems”. He explains that because they are young, people tend to not take them seriously, assuming that they’re just another dance crew chasing fame.

The show was a trending topic on Twitter, March 4.  Fans seemed fairly impressed with the first episode. On Monday, many Witsies said that Tha Thundacats were the most entertaining of the bunch.

Sihlali says that viewers of the show can expect to witness intimate moments shared by the crew and their families. In the first episode, we were introduced to Mncube-Nhlane’s girlfriend and Malete’s 19-month-old son.

Apart from watching the “Reps” pursue their dance ambitions, viewers will get to see them chasing their individual dreams to become actors, recording DJs and successful radio presenters.

In the past four years, the dance crew has secured a huge following and performed alongside artists such as Jozi, Pro and Shuggasmaxx.

For more information on the show log on to: vuzu.dstv.com/reps