Fancy some croquet and a spot of tea?

SOUTH African music is on the rise and last year’s Oppi Koppi was probably one the most epic festivals ever experienced by anyone in this fair country.

New, young, exciting bands are emerging and changing the way we view music in this country. Bands such as aKing, Die Heuwels Fantasties and Short Straw are changing the perception audiences have about South African music. Hoping to join these bands is Earl Grey and Croquet. 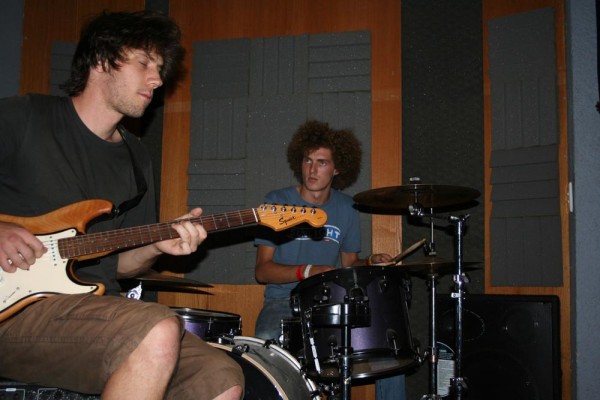 Consisting of Laurie Sloan on vocals, guitar and keyboard, Chris Smith on lead, his brother Johnny on drums and Dan Millar on bass, these guys are hitting serious notes with young and old all over the country.

They describe themselves as “feel good rock ‘n rollers who just enjoy playing together”. It’s easy to understand why their music gets the audience dancing and enjoying themselves. They have been friends since childhood and that really comes through in their music.

“We just started out as mates that enjoyed music and playing music together,” Laurie said. “We then started jamming more and more and then progressed into a band.”

The band is recording in studio after touring and gigging around the country and according to Laurie, it is performing live that is the most enjoyable aspect of making music.

“When we play in front of mates that dig us it’s awesome, but when strangers start gathering and jamming, that really gets us going. When people sing our own songs back to us, it’s just the biggest rush you can get.”

These four musicians are more than just a collection of talented people playing bluesy, jazzy, rocking music that is easy to relate to. They are four friends who know each other and know each other’s music.

“There is so much out there that it becomes so competitive. Music is not a competition. It’s something to be enjoyed.”

Earl Grey and Croquet have an LP out From the 21st Century. Check them out on their website www.earlgreyandcroquet.com or become a fan on Facebook.