Metrobus finally up and running again 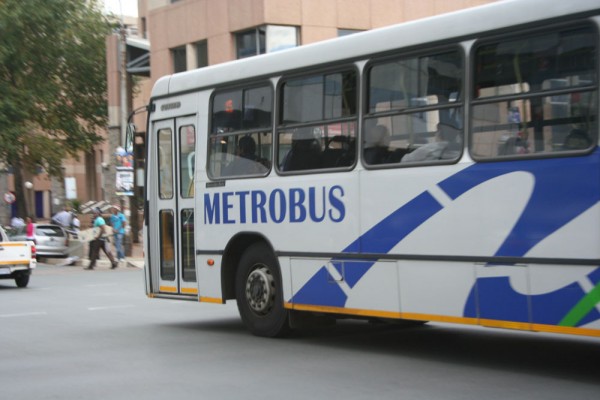 FOR the first time in five weeks students and other commuters were able to board Metrobuses on Tuesday, March 22. The bus service resumed after being suspended due to strike action by drivers belonging to the South African Municipal Workers Union (Samwu) who were unhappy about the implementation of a new system that required them to work longer hours.

It has been reported that the strike cost the bus company up to R10-million in lost income and another R2,5-million in facilitating mediation with the union.

It is estimated that 90 000 commuters rely on Metro buses to get to work and schools. Among those are university students who had to find alternative transport while the strike was on.

Busiso Moyo, an honours student in development studies, said he was “greatly inconvenienced” by the five-week long strike because he had to “hustle” a ride with friends to campus or use a taxi.

“The bus picked me up at my gate and dropped me off there again from Senate House. During the strike I had to walk across Mandela Bridge because the taxi dropped me off at Bree [Street].”

To make up for the inconveniences to commuters, Metrobus announced that passengers who had bus tags would be allowed to use the bus free of charge on Tuesday and Wednesday this week.

Emma Molobi, a 4th year metallurgy student, said she boarded the bus free of charge by just showing the driver her tag.

But, students are complaining that buses are now late and they have to wait up to an hour before the bus arrives.

“The buses were spot on before the strike – now they are back, but they have major delays. This new shift system is nonsense and it seems that management tried to fix something that was not broken,” Moyo said.

He was backed by Molobi who said: “I am okay with the buses, but having to wait up to 30 minutes longer than I used to for the bus is making me unhappy.”