The Wits Choir is pulling out all the stops to perform in a prestigious international Festival 500: Sharing the Voices, in July this year in Canada. 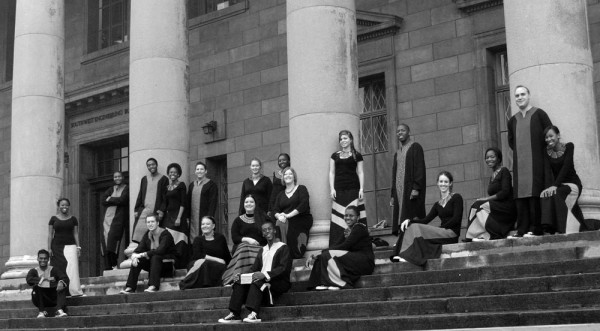 Wits Choir was invited to attend this prestigious non-competitive festival after their successful application in 2008, but because of lack of funding they could not do so.

“Since the middle of last year [we have] been persistent in our fundraising drive and have seen outstanding contribution from our supporters,” says Rashid.

One of the recent fundraising strategic events was Wits Choir Tea on Saturday, 2nd of April, at Bozzoli Sports Pavilion. The event was fully packed with over 300 people.

The university showed its pride as it surprised the choir when the Dean of Students, Prem Coopoo, made a donation.

The food was voluntarily sponsored as each table was catered and hosted by one of the choir’s family, says the choir’s communications officer Kevin Walker.

As the only African choir this year, the Wits Choir aims to emit general African and South African diversity and culture. The festival includes choirs from literally all over the world coming together and sharing their music.

The choir is confident that their diversity will leave a mark as their African identity is maintained through “the music we sing, how we act and by the choir uniforms we wear,” says Abas Rashid, head of performances and transportation.

“Wits Choir sings in over 15 African languages; we have a diverse group of people from diverse backgrounds, including Zimbabweans, Mozambicans, Malawians and Swazis, and our latest uniforms are drawn from Venda-inspired patterns,” adds Rashid.

On June 9 and 10 a Wits Choir Invites concert will be held, where they will collaborate with some high-profile artists and some outstanding guest choirs in the Great Hall.

Rashid says their experience “will be a pioneering adventure for us as a group of individuals representing our country and varsity through our passion for music.”