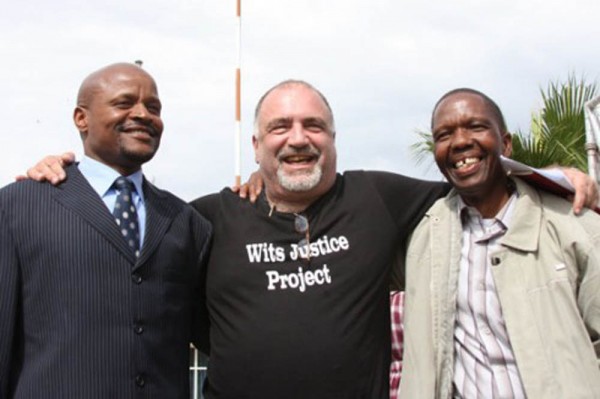 NINETEEN is the age of the average 1st year Witsie. It is also the same amount of time two men were locked up in jail for a crime they did not commit.

Fusi Mofokeng and Tshokolo Joseph Mokoena were released from the Kroonstad prison last Saturday after the two were given parole subsequent to being found guilty for shooting two policemen and killing one of them.

Mofokeng and Mokoena were not in the shootout location at the time it took place but were convicted in 1992 under the “common purpose” doctrine.

The Truth and Reconciliation Commission allowed all those who they believed were involved in the shootout in Bethlehem to be exonerated as long as they admitted that they were guilty of the crime.

As Mofokeng and Mokoena were not even in the area of the crime when it took place, they refused to lie in order to gain their freedom.

Evidence that the two men had committed the crime was given by a man who is now deceased but had admitted to giving a false testimony due to the demands made on him by security police.

In 2009 the Wits Justice Project was contacted to investigate the case of Mofokeng and Mokoena and Jeremy Gordin, head of the project, began a media campaign to make the public aware of their situation.

On September 30 last year the courts ruled that anybody who had been sentenced to life imprisonment before 1994 could be released on parole.

The work the project has done has played a pivotal role in making the case known to outsiders and while the release of Mofokeng and Mokoena is only on parole, it is still a big achievement.

“I am extremely ecstatic, they were wrongly accused. These men also happen to be immensely nice people [despite what they have gone through],” said Gordin.

The Wits Justice Project investigates the unreasonably long time some awaiting-trial detainees spend in prison. “Our country has a very bad crime situation with a very high murder rate. We also have a very bad justice system with long waiting for trials… and some of the people are innocent,” Gordin said.

Carte Blanche will be airing Mofokeng and Mokoena’s release this Sunday, April 10.