The radio station presented its new line-up on Monday April 4, when Zama Dube was officially introduced as part of the Yfm team. She hosts The Face-off between 10am and 12pm on weekdays. 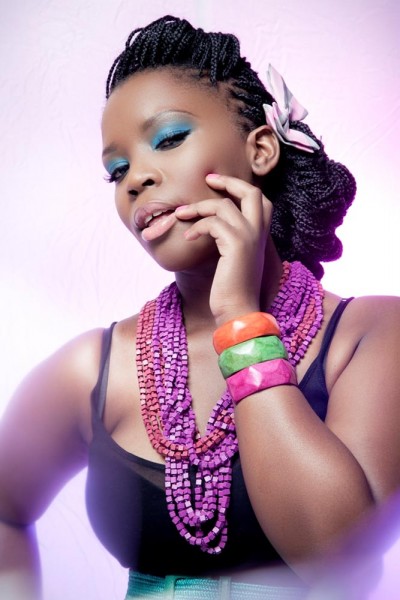 An ecstatic Dube, who is enrolled for a full time BA honours in African Literature, said her journey at Yfm began in October last year when she was given the 10pm-12pm training slot and three weeks later she filled in for  her colleague and TV presenter Bonang Matheba`s show.

Her first radio experience was at Vow FM in 2007 before moving to Vodacom`s corporate radio station YeboRadio in 2008.

When former Yfm DJ Mpho Maboi was suspended from her 10am to 12pm show, Dube filled in for her and after Maboi was fired, Zama and three other female DJs, including Bonang, rotated to do the mid-morning show.

“I was competing with three other people who had more radio experience than me and had bigger brands”, she said about getting the mid-morning slot permanently.

Zama plans to avoid the mistakes and traps of the industry, saying, “When you are a product of the media you are easily dispensable. I want to be a contributor and  not be made by the industry.”

She hopes to do her masters next year and confesses, “I don`t want to let go of school – it stimulates me.”

Balancing her full-time job and honours has been made possible by the support that her lecturers have given her, in return that she is proactive with her studies.

“I just sleep less these days”, she said about managing her time between work and school.

She says the Yfm programme manager has shown immense faith in her and has put his job on the line by backing her.

“It`s not a lie when Yfm says they are unearthing new talent and Yfm is also about nurturing your brand. It`s a great legacy to be part of,” she said.