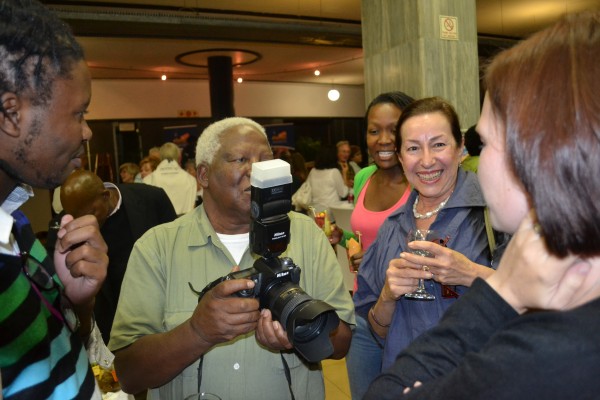 THE hope and optimism late US senator Robert “Bobby” Kennedy inspired in the hearts of South Africans during his 1966 visit was relived with the screening of the documentary, A Ripple of Hope.

Produced and directed by ex-Witsie, Larry Shore, the film transports the audience to the height of apartheid and shows how Kennedy revived people’s commitment to the struggle through his words.

“Each time a man stands up for an ideal, or acts to improve the lot of others, or strikes out against injustice, he sends forth a tiny ripple of hope… and daring those ripples build a current which can sweep down the mightiest walls of oppression and resistance.”

These were the words that galvanised a generation to act and upon which the film is based.

“It was a very meaningful episode in our history. [Kennedy’s visit] provided new energy for the struggle against apartheid,” said Wits lecturer and filmmaker, Lieza Louw.

Former Witsie and The Star editor, Peter Sullivan, said of the impact of Kennedy’s visit that “most people felt apartheid was impossible to defeat; his speech changed the way I thought. I realised every act I took would make a difference”.

In the film, a young Sullivan recounts the various means The Star used to stump the government and expose its acts of repression.

Kennedy had been invited to deliver a Day of Affirmation speech by the National Union of South African Students (Nusas) which professor emeritus in sociology, Eddie Webster, described as “an act of defiance”.

Black and white alike benefited from the three-day stopover, with the senator visiting Wits, the universities of Cape Town, Durban and Stellenbosch, as well as Soweto. He had also visited then-banned ANC president Chief Albert Luthuli in KwaZulu-Natal.

Shore, who was inspired by the similarities between the US civil rights movement and the anti-apartheid struggle, plans to get the film into South African and American schools.

“I am gratified that [the story] seems to have a value in South Africa today,” he said.

The documentary will be shown on SABC1 on April 19.