Wits lecturer marches to beat of his own drum 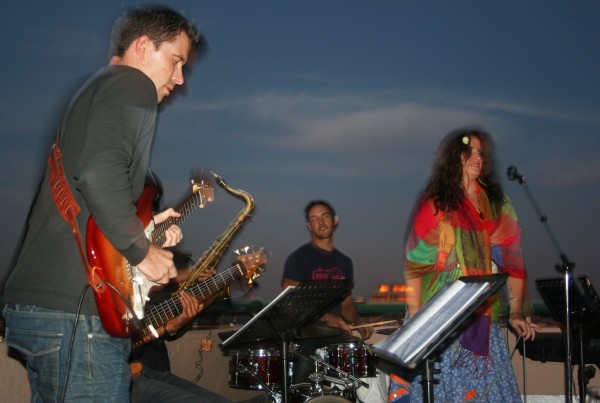 SEATED at the back of the stage behind cymbals and snares is the humble drummer.
Drummers are responsible for providing the foundation for the rest of the band to lay their own layers on. As a result, most tend to stay in the background.

Those who can reach out past their kit, are those drummers  who make a difference. One such drummer is Wits lecturer Justin Guy Badenhorst.

Badenhorst teaches music at Wits, saying it is the university’s progressive thinking that attracted him.  However, it is his own music career that has gained him respect in the  industry.

As a freelance drummer, Badenhorst has never been tied down to any particular style or genre and, as a result, has had the opportunity to perform alongside musicians with varying influences.

His four-piece drum band, 1st Project, opened for Snow Patrol at the opening match of the IPL, has performed with 30 Seconds to Mars as well as Shaggy and has toured more than 20 countries.

Despite this success,  Badenhorstkeeps his feet firmly on the ground and behind a drum kit.

“It has never been about the fame. I know it sounds clichéd but it really is just about the music. I don’t try to worry about the whole groupie thing, nor about the money. For me just playing music is what brings me joy,” says Badenhorst.

Badenhorst also experiments artistically with his music and is involved in a number of avant-garde projects.

It is this kind of thinking that separates himfrom other musicians who are merely trying to get rich quick and sell themselves as a package.

“All too often people don’t want to think about music, or listen to music that encourages thought,” Badenhorst says.

“People just want to feel music which takes away some of the artistic side of it. Music is an art form just like painting or poetry. When we no longer have to think about it, it ceases to be art.”

Badenhorsthas been recognised as one of the best drummers in the country and continues to perform for corporate events as well as lesser known, more artistic functions.

Check out his Facebook page as well as his projects including Donkey, 1st Project and Language 12.