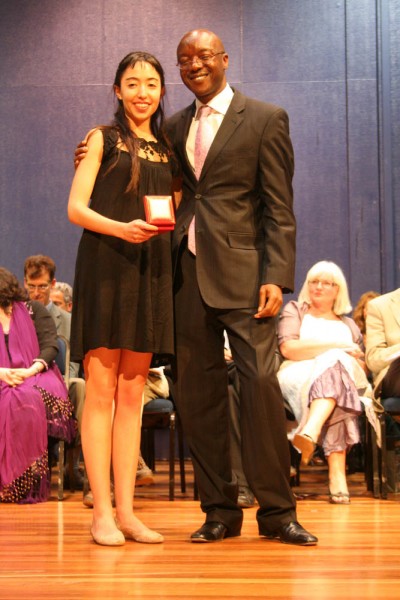 Amanda Ballen receives a silver Proxime Accessit medal awarded by Tawana Kupe for having the most distinguished record in the degree of bachelor.

Laura Catherine Byrne who received a Faculty medal for having the most distinguished record in the degree of Bachelor of Arts says since first year, it was important for her to keep her high record. 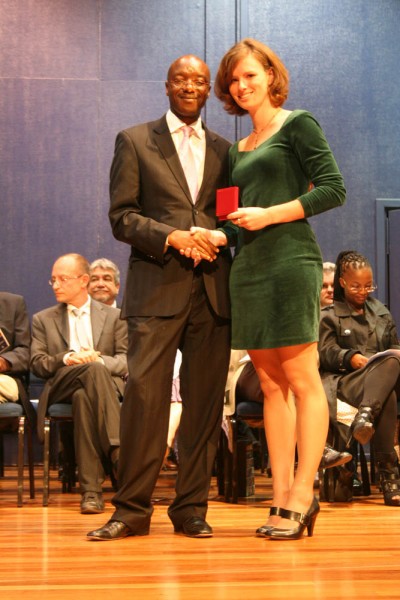 Laura Byrne: receiving her gold medal from the faculty of humanities for her most distinguished record in the degree of Bachelor.

“This is not easy at university level, as there is a lot of work at the last minute but what carries me through is loving what I do.”

The word passion was uttered by most prize winners. Alexander Richards, who received an award for outstanding practical work in Fine Arts and for the finest independent art work produced in his 4th year says, “When I started enjoying what I do, I did well.”

Richards says his performance started improving in his 3rd year as he stopped partying and devoted his creativity and time in his studies. He says it’s crucial for one to start nurturing their marks at 3rd year and 4th year level.

Some arts students can’t balance practical work and theory because it bores them but Arts students must strike a balance,” says Richards.

“Wits is theory based, it produces intelligent performers, who are able to critically analyse shows, engage in representation and cultural myths,” says Arthur Zitha, who was awarded for being the best student proceeding to forth year.

Robert Freeman and Irene Pampallis were jointly awarded for being the best third-year student in Philosophy. They decided for an ancient Greek inspired look .“We were studying so hard we missed the fall of the Roman Empire.” 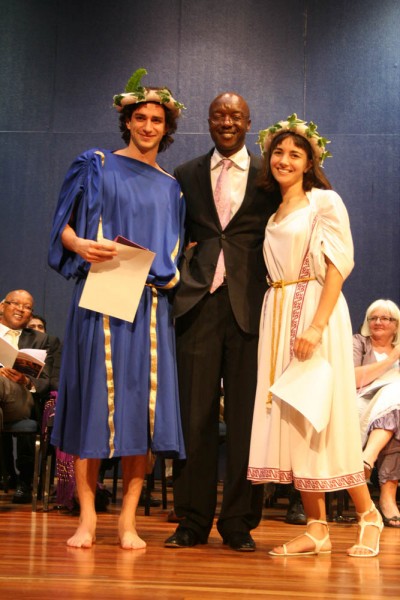 Freeman and Pampallis show off their ancient Greek inspired look.

Mrs Mokoele says she is honoured to have an achiever like her daughter, Duduetsang Mokoele, who took an award for undergraduate student with the best overall marks in African Political Studies.

“It’s an affirmation that I did something good with her. She’s a high flyer and motivates me as a parent.” Mrs Mokoele also thanked Wits for the Way her daughter has turned out.