IN FOR A WALE OF A RIDE 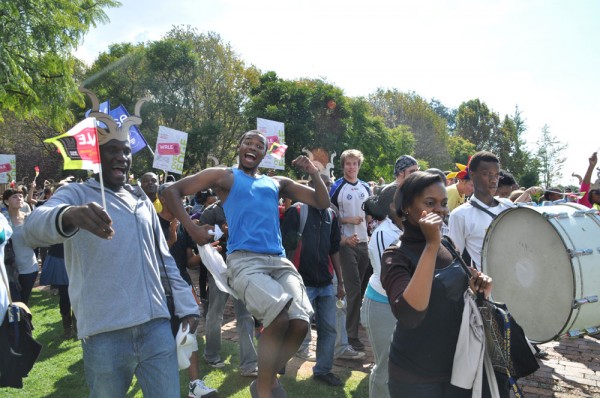 A CARNIVAL of students danced along to a live band at the opening parade of the WALE 4.0 festival along Jorrisen Street on Wednesday.

The colourful parade brought traffic to a standstill as it moved through the different university campuses, led by dean of humanities Professor Tawana Kupe, who is also Wits Arts and Literature Experience (WALE) founder.

Students and Supercare workers joined the procession singing and dancing along to popular tunes of Ubuhle wen Dodta – Beauty of a Man – and many other carnival tracks.  Lecturers and staff waved flags and cheered on the parade from their office windows, with some motorists hooting their support. Traffic was slowed down to a crawl as it followed the parade.

WALE 4.0 is a four-day event aimed at showcasing the artistic, literary and intellectual achievements of the university. According to Kupe, “Wale is a celebration of energy, creativity and ideas.” The first day of the festival kicked off with a parade and a concert featuring Crash Car Burn, The Ice Project and Blind Watchman, among others. 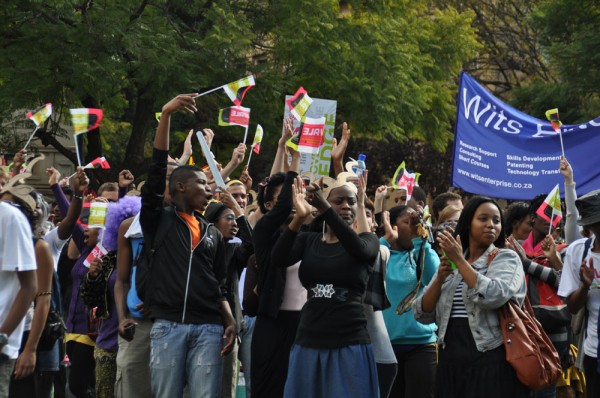 The opening parade began at the Diggs Field, West Campus, and ended on the library lawns with DJ Ju Jones entertaining the crowd.

Express Impress, Drama4life, Field Band Foundation and Sexcetera were among the societies in the parade. Guys dressed in red shorts and angel wings accompanied by sexily dressed women advertised the sex exhibition while the sea of blue media students with their lecturer Dr Wendy Willemse encouraged the crowd to express and impress.

The crowd was made up of the young, the young at heart, with a few kudus sighted. Finance lecturer Jeremy Wafer joined the procession, dancing along to the “kick and bobozo” routine.

Walking  on stilts, John Jay joked that he was testing a new form of transportation.

“Wale is an uplifting, experimental and educational platform” said 2nd year dramatic arts student Tshepang Koloko, while Grant Davies, project manager at the Transformation Office, said it was a “great way to show appreciation of the arts”. 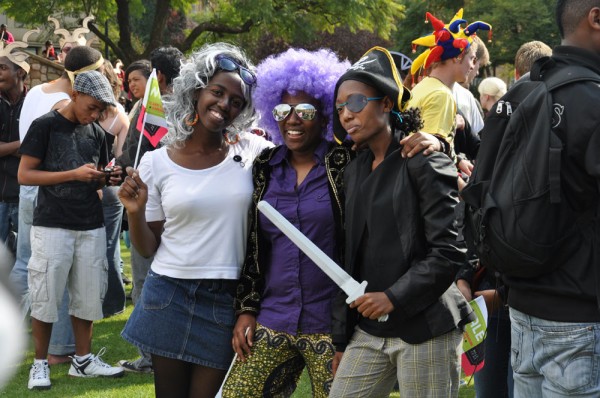