A star in her own right – Nomsa Mazwai 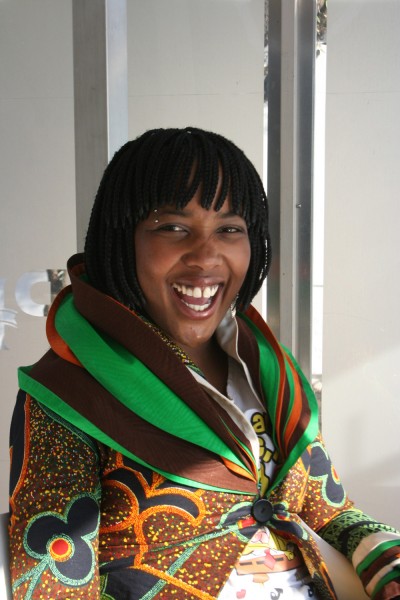 Even with the disaster that was the South African Music Awards (SAMAs), this past weekend, South Africans got to see the different talent in the industry from the nominee list and performances on the two-day event.

Although many great acts failed to make the nominee list for the event that was held at Monte Casino; acts such as Professor, Liquideep, Locinville and Nomsa Mazwai went home with awards.

When I secured an interview Mazwai early this week, my week was made because a few months ago, I was introduced to her poem Ebony and Ivory. Her recited truths resonated so much with my experiences as a young South African., as I am sure many others will say the same after hearing it.

Activist, Poet and singer Mazwai was nominated for three SAMAs this year: Best alternative (African), Best newcomer and Best Album packaging. “I didn’t expect three nominations. I was over the moon Yazi… I was walking on clouds for like four-five days.

“It was also just so wonderful, a kind of affirmation because your peers are saying you’re good and when I won I was like whaaat!!”.

Mazwai expressed that she felt she did deserve “at least one award” for all the hard work that was put in by her and all those that contributed to the album. She says it was amazing to have other people buy into her dream and she wanted them too to be awarded because when making the album, she didn’t have much money to pay everyone.

Mazwai did not study music, so she says it was difficult to have everyone understand what she wanted because she does not understand the terminology used by those who studied music. She is doing her Masters in Political Economics at Fordham University on the United States of America. She says this is her first passion and music is second.

Her album Nomisupa(star) is a fusion of Drum-base and Afro jazz. Most are love songs. “I love to love, I fall in love insanely”. Her lyrics confirm this. Listening to the album, I felt as if I was the best friend she told everything to about her love life. She also features songs that discuss politics. Her Album being for all Africans, she does have a song sung in French, a language she speaks fluently.

Check witsvuvuzela.com for an in-depth article of Mazwai and her thoughts on the SAMA event, politics, the education system and her other work.