A first class ticket to hell and back

It’s raunchy and vulgar, but more importantly, it’s a true depiction of past and future relativity and what township life can be like. Relativity – Township stories is on at the Wits Main Theatre until August 27. Whether one walks out of the play thinking it confronted some necessary truths and violence in townships or that it was too explicit and provocative- it will definitely have people thinking about the complexity of black people and the lives they live.

The play is written by award-winning director Paul Grootboom and actor Presley Chweneyagae of Tsotsi fame; with a cast made up of Witsies. Tsepo Wa Mamatu, the play’s director, says he went through various exercises to get the cast members out of their shells and into their intense and brave roles.

The play revolves around the personal story of a township’s serial killer,  has an age restriction of 16 and is almost three hours long. In my opinion, it has several Oscar-worthy performances.

“This play is a love letter to blackness – to its weaknesses and to where it can go,” says Mamatu. 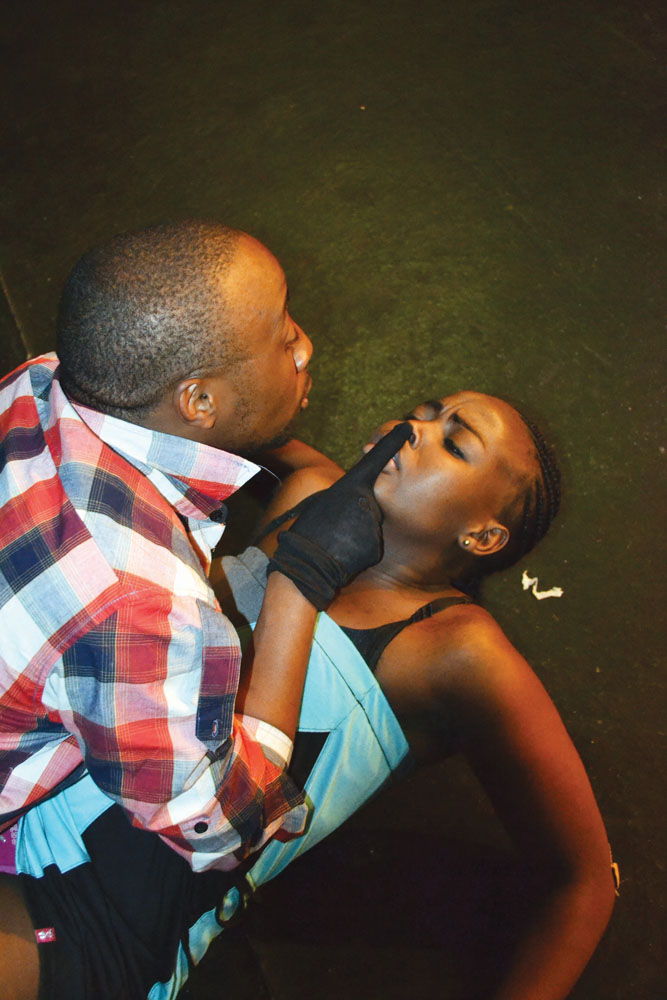 IT'S ALL RELATIVE: Tony Bonani Miyambo and Coco Vete at the start of what becomes an explicit brutal rape scene

“We often hear people talking about the struggles in the past, but no one is speaking to the future.  It begs the question: is blackness ready to move into the future when at the moment it is dealing with so many weaknesses?

” The play “says to you, if you had a choice to walk out of life, that’s what you’d do. But in the play, no one has the option to walk out. You have to confront the monster.  For it to do that, it can’t give a sermon. It has to take you to the very depths of what hell is, [for you] to aspire to a particular haven. But you need to know that hell because being black is a hellish experience because the world is anti-black”.

There’s lots of great music in the production; Mamatu says it’s there to bring comfort to the traumatic and sometimes uncomfortable scenes.

Setswana, IsiZulu and Sesotho are some of the languages spoken throughout the play. I worry that non-speaking audiences might get lost. Mamatu affirms that this is a township experience. As a non-speaker of these languages, you’re an eavesdropper, and “it’s okay to be estranged by the experience”.

Talks on the play are being taken to the South African State Theatre, the Grahamstown arts festival and a festival in Europe.