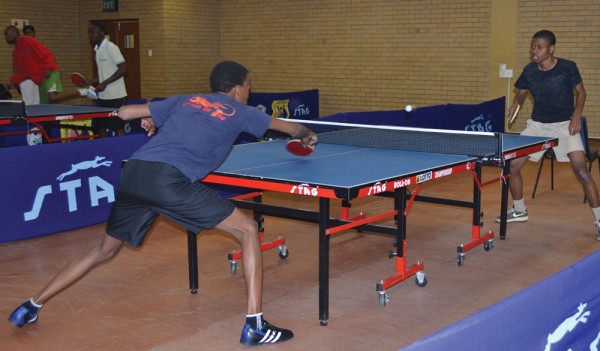 The club’s president, Mlungisi Mabedla, says the club decided to set up the memorial tournament as an annual event last year after Thlapeng’s  death in a car accident.

The Botswana national was driving to Rustenburg to play in a league match when the crash happened. Mabedla   said Thlapeng started the club in 2002 while he was a student at Wits Medical School.

Initially the club was run by non-students and he was the only student member but he began recruiting students to join. At one point during Thlapeng’s involvement, the club was one of the biggest sports clubs on campus.

The Oteng Thlapeng Memorial Cup is open to all, and Mabedla says the tournament attracts professional players from as far as Botswana and from other universities.

Games begin at 8h30am on the 2nd floor of the Squash Complex on West Campus.

Entrance is R30 for singles and R40 for doubles teams.