The Stella’s score one for independence

RECORD labels are often depicted as evil galactic empires of the music business. Their executives wear suits and live in caves coveting the one ring of power which they use to dictate terms to helpless musicians who loathe as well as need their overlords.

The sad news is that most bands need record labels, they  help them. Bands can take the risk and remain independent, but years of brilliant obscurity are often worse than years of successful mediocrity.

There is good news however for all the little guys. One band chose to go independent and broke all the rules by climbing up to number 4 on MK’s Top 10, with their single Get Going ahead of established acts such as  Zebra and Giraffe and Seether. That band is The Stella’s.

Led by the enigmatic and energetic Stuey Sleaze on vocals and rhythm, powered by face-melting solos from Jim Hazard on a solid foundation provided by Pano Roller on bass and Ben Eagle on drums, this band is making all the right noises on their own terms.

Described as a “bunch of pirates after your women and whiskey”, this band not only sounds the part, but looks the part too, with long hair, tattoos and a ‘rock n roll’ image.

But Hazard insists it’s all about the music. “Our lifestyle informs our subject matter and the way we look and act is just another part of what makes us unique and in a way complements our sound.”

Style and image is an obvious form of self-expression and the freedom that the band has, as a result of being independent, allows them to express themselves musically as well.

“We have complete creative control of our music, just as anyone does when they have independence in any form of life,” says Roller. “When you have that freedom, you can be honest with yourself and those around you, and honesty leads to good music.” 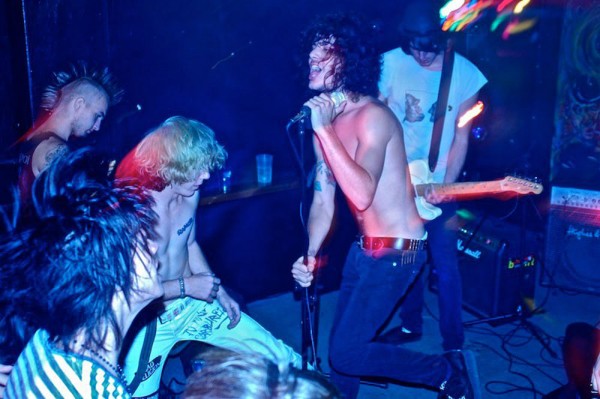 With a mix of classic and psychedelic rock, and a touch of pop sensibilities, on a foundation of blues and punk, The Stella’s are definitely a band to look out for. Playing alongside The Tidal Waves and Cortina Whiplash is a sign of where this band is going, and that is independently to the top, clad in skinny jeans and long hair.