Wits in the dark over BEE course

THE closing date for enrolment to study at Wits next year was on Wednesday, but the enrolment centre staff knew nothing about the new B-BBEE course launched by Minister of Trade and Industry Rob Davies.
Enrolment Centre deputy registrar Carol Crosley said she heard about the course on the news.
“I suspect it’s a certificate course, because we would have known about it if it was an undergraduate or postgraduate course,” she said.
The Department of Trade Industry confirmed that the Broad Based Black Empowerment (B-BBEE) management development programme was launched outside Pretoria last Friday.
The course was to be offered at Wits and the University of South Africa (Unisa) and  people could now register for it, the department said.
The programme was aimed at ensuring uniformity and consistency in the implementation of B-BBEE and developing a nationalised standardised knowledge base on B-BBEE.
“The programme presents exciting career opportunities for new entrants into this industry.
Students can now elect to study B-BBEE as a profession,” Davies said.
Forte High School matric pupil, Ntili Motaung, said launching the course is a good move for black people to empower themselves but he had never heard about the course.
Another pupil, Robert Mabopane, said he would have registered for the course had he known about it before submitting his application forms.
Speech and hearing student Gemma Walter said she wouldn’t study the course because she is “just not into business”.
“I didn’t know there was such a course,” she said. 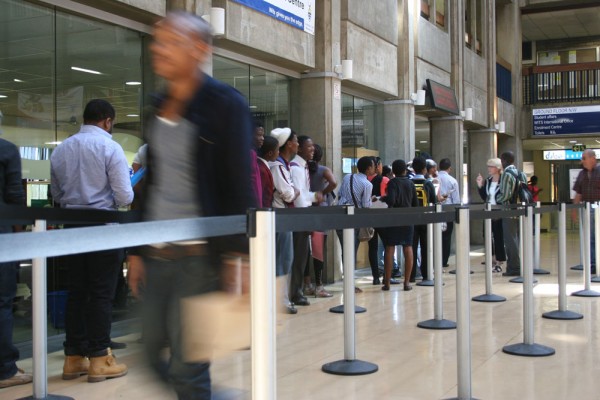